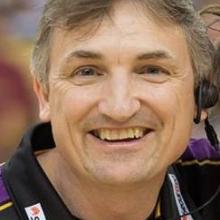 Justin Nelson
The National Basketball League is on the search for a new general manager.

Justin Nelson has resigned after a three-year stint in the role.

The Australian will move to Sky Sport, where he has accepted a role as head of commercial and events.

Nelson’s tenure with the NBL has been significant in regenerating support for a once-languishing league.

He has also been influential in putting the league back on television, while also securing a deal with ESPN for broadcast to the United States.

Nelson indicated that, despite the change in roles, he will not be lost to basketball.

"Basketball is in my blood, so expect me to still be involved in some capacity, but equally I’m looking forward to this opportunity to work with Sky Sport across a number of sports in New Zealand,” he said.

"I feel like I’ve done the job I was brought here to do. Thank you to Iain Potter and the NBL for bringing me to New Zealand. My wife and I love it here and we feel very much at home as new Kiwis.

"I’ve enjoyed working with a lot of passionate basketball people. Their love of the game and the NBL is immense and I’m thankful for their support.

"I’m really proud of what those around me at Basketball New Zealand and the NBL teams have helped to build. The NBL is in a very strong position today and ready to launch into an exciting era, for men, women and 3x3.’’