Opinion: Nothing as dreadful as losing the Nuggets

I even suggested it was a perverse pleasure, watching them extend their losing streak.

But it is amazing what a crisis does to clarify your loyalties.

Basketball Otago chief executive Mark Rogers has said there is no guarantee the Nuggets will be part of the National Basketball League (NBL) next season and that statement should have the basketball community in Dunedin ready to walk across broken glass to save their team.

Yes, the Otago Nuggets are awful.

But for the loyal fans who turn out every week, not having a basketball franchise in the city would be too horrible to imagine.

If the Nuggets cannot field a team next year, getting back into the league could prove difficult.

The Southland Basketball Association (SBA) is waiting in line and shapes as a credible threat.

Association chairwomen Jill Bolger said the organisation is determined to get Invercargill its own franchise, it has access to a fantastic facility in Stadium Southland and can dip into Invercargill Licensing Trust's fund.

SBA development and operations manager Richard Dickel is just the sort of person who could help get the franchise going.

He is passionate about the sport, has a great deal of knowledge and plenty of contacts.

His brother is world-class point guard Mark Dickel and his father, Carl Dickel, coached the Nuggets for four years and led them to the play-offs in 1997.

Basketball Otago has approached the SBA about working together, but the SBA has ruled out fielding a combined team, like netball, where the Southern Sting and the Otago Rebels joined forces for the ANZ Championship.

So the Nuggets are on their own and running out of time to raise the funding needed for 2009.

While Rogers was reluctant to say how much the Nuggets would need, the Wellington Saints had a budget of close to $400,000.

The Nuggets, though, are likely to run to a much tighter budget.

But with the current economic environment, raising the funds will be a struggle, Rogers has said.

And given the calamitous '08 season, sponsors are likely to need some convincing.

The Nuggets hit the headlines for all the wrong reasons.

First Nat Connell and Steve Robinson tested positive for cannabis and were suspended for six weeks, and then star import Lemar Gayle bagged the players and coach in a public outburst.

The Nuggets general manager Warrick Diack quit a day before the last match of the season, in a dispute about money, and his departure exposed some deep rifts.

Long-serving board member John Brimble resigned, citing a need for change at the top, and BBO development officer and website administrator Alan Ayson issued the board an ultimatum - either Rogers went or he would.

Meanwhile grassroots basketball has boomed, with BBO reporting a 20% growth in the number of people involved in winter programmes and a 50% increase in the summer competitions.

But there is no doubt the franchise has been a huge drain on the organisation and there must be a temptation to sever what probably feels like a cancerous limb at times.

That would be a disastrous mistake.

Without the Nuggets, basketball in the city would become softball or tennis.

With all respect to those sports, answer this - who is the No 1 Otago tennis player and who is the captain of the Otago men's softball team?The Nuggets might be a bit of a laughing stock in the NBL but they get a lot of ink in the newspaper.

The sport gets coverage on television and about 1000 people still show up for home games.

If they disappear, basketball will suffer.

The sport's profile in the city will shrink and all the good work done at grassroots level will start to unravel.

Last season, I wrote the Nuggets' game against the Auckland Stars was the "biggest mismatch since a three-legged blind corgi barked at a rottweiler" then had to wipe the egg from my face when they put up a sterling fight, losing 76-78.

I guess that illustrates the point that while there is life there is hope.

The Nuggets simply must survive. 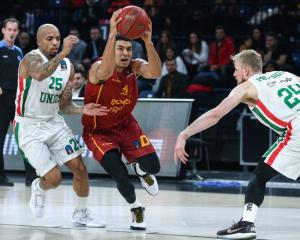 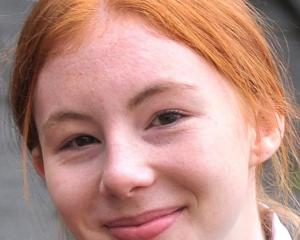 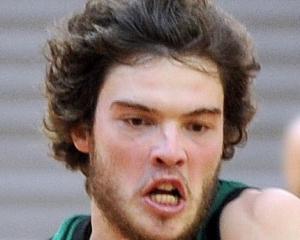