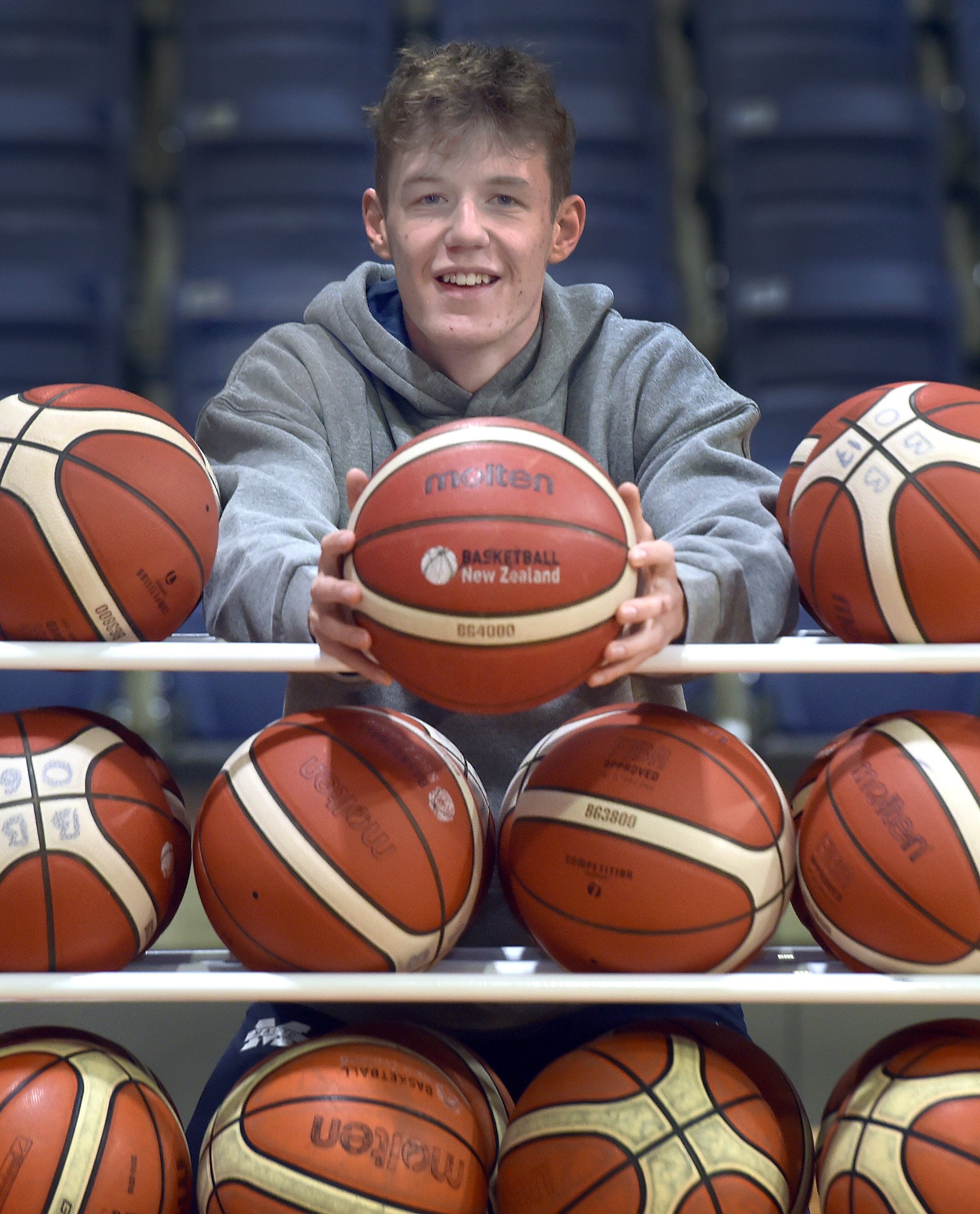 Josh Reeves trains at the Edgar Centre yesterday as he prepares to leave for the United States. PHOTO: PETER MCINTOSH
Josh Reeves is at his most comfortable on the three-point line.

Letting fly against bigger and older opponents has become second nature for the 1.88m guard.

The 18-year-old has developed into one of Dunedin’s most lethal shooters in recent years.

He comfortably leads club basketball with 17 made three-pointers, six games into this season.

Next month, however, that comfort zone will become an entirely new situation.

Reeves will spend three weeks with the International Sports Academy, a prep school based just outside of Cleveland, Ohio.

There he will play at a Nike AAU tournament in Columbus, Ohio, as well as one in Lexington, Kentucky.

Both will feature top talent from the United States and he knows to expect the game will not be like it was at home.

"[It will be] a very different style of play," Reeves, who left Otago Boys’ High School last year, said.

"I’m going in head first, to be honest. I’ve had a lot of advice from people that have been over there and just understanding their game’s quite different.

"It’s different to how we play. So I’ll just go in head first and learn as much as I can.

"I think it’s about time I got something going. I’m really excited.

"It will be a crazy opportunity for me. Everyone wants to play in America, in whatever form that is.

"To be able to do that, and be the only New Zealand player that’s going, it’s quite special for me. I feel like I’ve put in the work and I’ll keep working hard."

Reeves had been contacted by the school a year ago, after its coaches had seen his highlight tape online.

They had wanted him to move there for his last year of high school.

However, at that point he was not sure if he wanted to leave Dunedin, so opted to stay.

Then the offer to go for a three-week tournament came up — joining players from Brazil, England, Italy, France, Egypt and Australia.

He felt that was a good chance to get a taste of what it would be like, to see if it was what he wanted to do.

He is a squad member of the Otago Nuggets and has been a member of the Mid City Magic A grade club team for the past three seasons.

That has allowed him to play alongside the likes of Richie Rodger and Josh Aitcheson on a regular basis.

"That’s helped me a lot. Even being at practice with those guys, they’re always helping me improve.

"That’ll give me an advantage going over there. I know a lot of guys will be the same build as me, or a little bit bigger, so that’s prepped me a lot.

"I know playing against those guys, the physicality’s the big thing. As you go up in levels it’s about the size. If I’m used to that, I can use it to my advantage.

"The whole Magic organisation have helped me a lot. They knew what I wanted to do and how serious I am about basketball, they’ve helped me every step of the way to keep pushing me and believing in me."