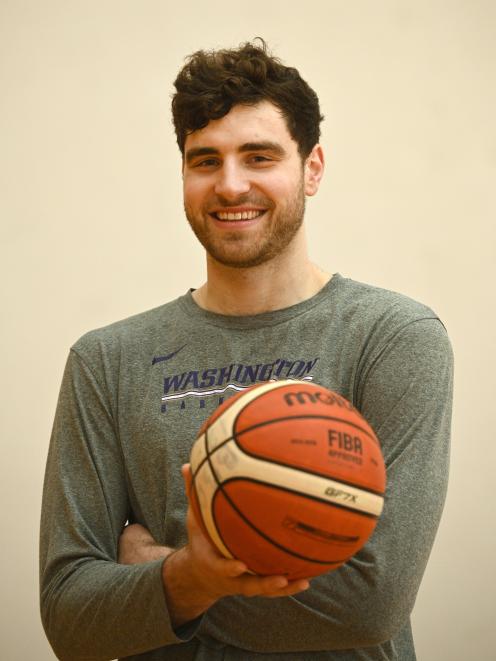 Sam Timmins
Sam Timmins has made a compelling early case to see more minutes in this year’s Australian national league.

The Otago centre made the most of his opportunity to put on an impressive preseason debut for the New Zealand Breakers on Saturday night.

Timmins posted 10 points, on 4/6 shooting, to go with seven rebounds, in just over 10 minutes’ play. The performance resulted in him being named the team’s MVP after its 90-84 loss Melbourne United in Melbourne.

He kept with the pace well and set plenty of good screens, often having to cover plenty of ground to get to his spot.

There was plenty of variety in his scoring, too: a tip dunk, a transition alley-oop, a one-on-one lay-up from the perimeter, a finish under the hoop and a pair of free throws.

Above all the team looked good when he was on the court and he battled well with impressive Melbourne big man Jo Lual-Acuil.

Timmins, who has a development contract with the Breakers, got his opportunity through an injury to Yanni Wetzell.

It pushed him up the rotation and, as Rob Loe picked up two early fouls and Kyrin Galloway struggled inside, he was injected late in the first quarter.

He finished his first stint with four points and four rebounds, before returning in the second half for a second impressive run.

Timmins is coming off a season in which he starred for the Otago Nuggets on his homecoming to the region.

Others to impress for the Breakers were Finn Delany, who poured in 20 points, and new import Jeremiah Martin, who had 19.

The Breakers play again on Thursday against the Sydney Kings.

The ANBL season begins on December 3, the Breakers playing their opener a day later against the Southeast Melbourne Phoenix.