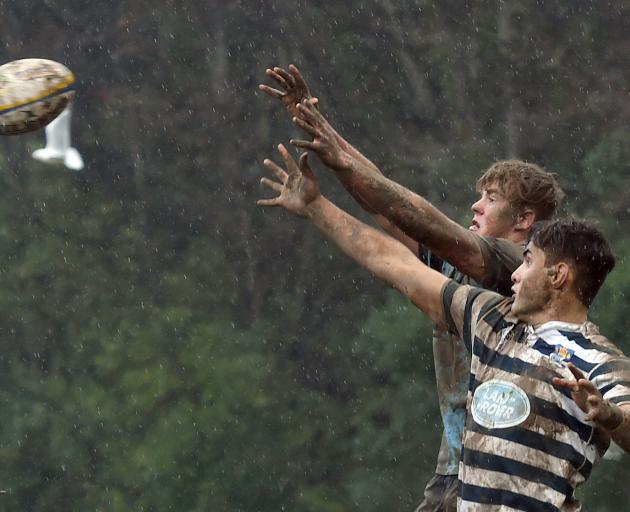 School Sports NZ has suspended all events on its national calendar including its summer sports tournament in which 10,000 to 12,000 secondary school students would have travelled to events from the Far North to Invercargill.

College Sports Auckland is cancelling many one-day tournaments. Chief executive Jim Lonergan says summer inter-school sports will continue until the end of this term, but no decision has yet been made on whether to go ahead with winter sports next term.

"We are just trying to get the summer sports finished first. Rugby is not due to start until May 20 so that gives us a buffer zone," he said.

Prime Minister Jacinda Ardern said school and university events were not included in the ban on gatherings of more than 500 people announced yesterday.

But the updated guidance on the Ministry of Health website does not provide any exemption for schools or universities, and says: "You should still attend school or work. The Ministry of Education will work with schools and universities to try to mitigate large congregations of people."

The Ministry of Education told principals on Monday afternoon to stand by for further details.

"You will be aware that Government will be making announcements about mass gatherings this week," it said.

"In the meantime, as you do with all your activities, you will need to take a risk assessment approach for key activities such as assemblies, school camps and travel for sporting and cultural reasons."

School Sports NZ chief executive Garry Carnachan said he worked with the 35 national sports organisations (NSOs) involved in the summer sports tournament through the weekend and Monday to see whether each event could be reduced to fewer than 500 people.

"In the end it was not viable for a lot of them, and we had a number of NSOs saying they had already decided to cancel their events," he said.

"Interestingly, some of them cited their community volunteers in the vulnerable age group [elderly]. A lot of community people are involved in supporting these events."

Although the tournament was not due to start until March 30, he said there was pressure to make a decision quickly because some schools planned to start transporting boats and other equipment this week to events such as the Maadi Cup rowing championships at Lake Ruataniwha at Twizel, which is among the events now cancelled.

Carnachan said one event was cancelled last year because of measles, but a whole national sports tournament had never been cancelled before.

"We understand that this decision will have a huge impact for students who put a lot of work into preparing for these events. However we have got to be supportive of the Government in its decisions."

An update on the College Sport Auckland website today says schools have the right to withdraw from the rest of the summer weekend sports.

Lonergan said most wanted to finish their summer sports, but the signs for the winter were less certain.

"Some schools are cancelling cross-countries and things like that," he said.

"Our major cross-countries are not on till late May, so we have plenty of time to assess that, but if schools haven't run their own cross-countries they won't be sending kids to ours."

University and Tertiary Sport NZ director Sarah Anderson said her agency was meeting today to decide whether to go ahead with its own national championships, starting with rowing at Lake Ruataniwha on April 10-11.

She said the traditional Easter university multi-sports tournaments had not been held for about 10 years, and events for each separate sport now typically had well under 200 participants. But she also pointed to other countries' decisions.

"UniSports Australia has suspended their events, and British universities have shut down theirs as well," she said.

"Universities themselves will be putting in mitigation measures. We are going to do a stocktake of where university sport is at."