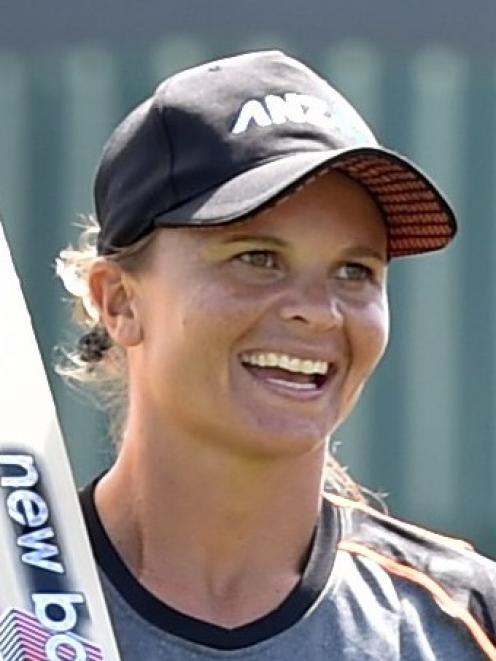 She is not so enthusiastic about the 14 days the team will have to spend in isolation either side of the tour of Australia.

The White Ferns leave for Brisbane on Wednesday. They will play Australia in three twenty20 and three one-day internationals.

That part of the trip is all very exciting. It is the two weeks’ confinement beforehand which is causing the trepidation.

Bates (32) has already spent about six weeks in isolation thanks to Covid-19, and the novelty has definitely worn off.

The all-rounder did two weeks on her own when she returned from the United Kingdom.

New Zealand went into lockdown during her self-isolation stint, so she ended up being confined to her home for a lengthy period.

That is a lot of quiet inside time and more is on the way.

"In that first two weeks in Brisbane we can train at Allan Border Oval and use the gym, so it is kind of like a training bubble but we have to socially distance and follow all the precautions," Bates said.

"The next two weeks we sort of become a big bubble with Aussie and we play the games during that period. But in terms of what we can do in Brisbane it will be pretty limited.

"For some of us the plan is that we will stay on for the Big Bash and they will have another Big Bash bubble. That hasn’t been confirmed but we won’t have to quarantine for that.

"But the rest of the squad will return to New Zealand and quarantine for two weeks."

Bates plays for the Adelaide Strikers and, all going well, will remain in Australia until the end of November for that tournament.

She will have to quarantine upon returning to New Zealand.

Bates has not played a game of cricket since early March but she has spent a lot of the time in the nets working alongside some of the Otago Volts players.

The medium-pacer has been able to put time into her bowling that she has not been able to do a long time and make a few tweaks to her batting.

"Mainly with my batting it is working on a bit of balance and top-hand stuff. But it has actually been really nice to work on my bowling and fingers crossed I’ll get a few opportunities."