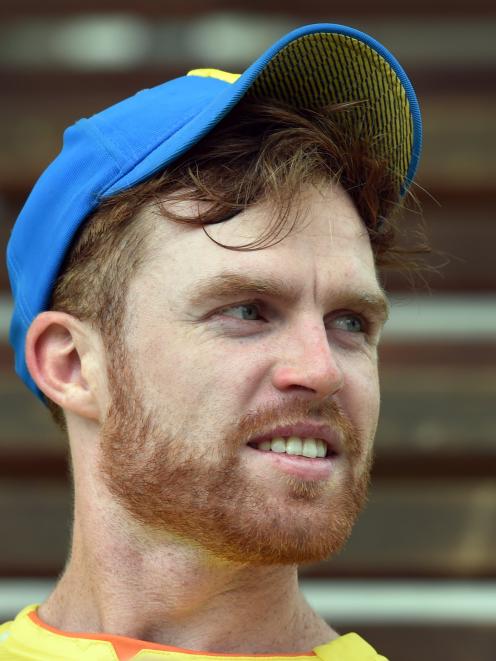 The 27-year-old arrived back in New Zealand yesterday.

It was not a terribly productive time for the talented left-hander.

He only got four opportunities and was unable to make a significant impact in the tournament.

But while runs were in short supply, the positives were not. And he is determined the carry them forward into his second season with the Volts.

"I’ve never played in the West Indies before, so it was pretty foreign for me," he said.

"As a team we struggled quite a bit and I didn’t get the consistency of game time I would have liked."

Kelly said the pitches were slow and turned quite a lot.

"And when you’ve had minimal time to train it is tough to get hold of the conditions and go out and perform in an international tournament.

"From that point of view it was a bit disappointing not to grab the opportunity like I wanted to. But I still learnt a lot and it was an amazing experience."

Watching how they went about their preparation and the way they found a way to perform no matter the challenges was a valuable lesson.

"The good players are not doing anything different from anyone else. They are just doing it more consistently.

"I guess that was a positive in the sense that I’m not doing the wrong things or need to start doing anything different.

"I just need to find a way for me to be as consistent as those guys."

Kelly was initially shocked to get the call-up. He was not aware he was on the radar internationally but it came off a tremendous first season for Otago.

Kelly is in quarantine with the six other New Zealanders who competed in the tournament, including Patriots team-mate Ish Sodhi.

There is a nice grassy area at the hotel, so cricket tournaments may not be confined to the hallway after all.

The players are considered to be in the same bubble and are free to socialise with each other.

Kelly also has some study to do which will keep him busy.

He will spend some time in Auckland when quarantine ends and plans to return to Dunedin on October 4.