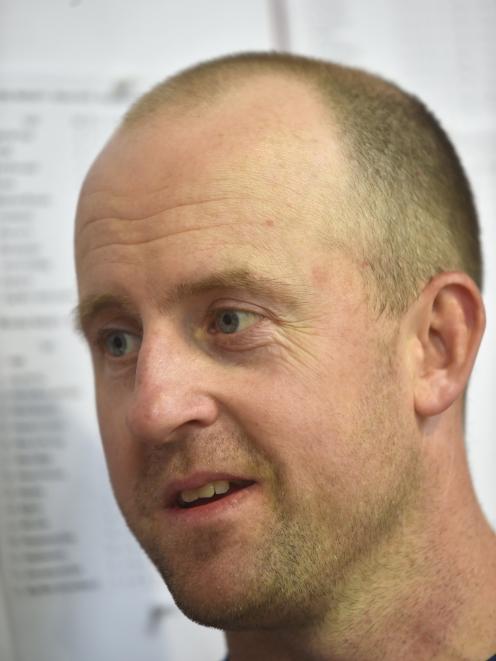 Nathan King
Otago Sparks coach Nathan King is stepping down after a second three-year stint with the team.

King, who previously coached the side in 2009-12, said he wanted to spend more time with his young family and could no longer commit to the role.

"After three years I also felt, to keep having an impact with the team, I need more time with them. But, at the same time, I’m struggling to find the time that I currently commit to the team with two daughters," he said.

King, a teacher at South Otago High School, has had a long involvement with the Otago Cricket Association.

He started work with the association as a community cricket co-ordinator in 2004 and progressed through the ranks.

Following his initial stint as Sparks coach, King made the switch to the men’s game and accepted the role of Volts assistant coach in 2012-13.

He worked under two Volts coaches — Vaughn Johnson and Dimitri Mascarenhas. The former guided Otago to a twenty20 title in 2012-13.

When Mascarenhas vacated the role, King was appointed head coach but resigned after a year.

He returned to top-level coaching when Warren Lees retired as Sparks coach in 2017.

Otago Cricket Association chief executive Mike Coggan is hopeful King will remain involved and "do some work with us in our pathways programme,".

"He is too good of a coach for us not to utilise him if we can," Coggan said.

"He has been quite outstanding ... and he’ll be hard to replace because he has really good experience in the men’s game and had brought that into the women’s game."

The OCA has advertised for a replacement. Applications close on August 5 and it is hoped to have someone in the position by the start of September.

The women’s domestic season will probably be compressed into a shorter period this summer.

Both formats are likely to be completed before the scheduled Women’s World Cup which gets under way in New Zealand on February 6.