No wickets, but Ferguson glad to be back bowling 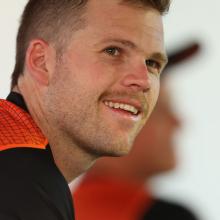 The Black Caps fast bowler had earned it, too.

The 28-year-old has clocked up a couple of club games for Parnell since he injured his calf during the first test against Australia in December.

But yesterday marked the Aucklander’s first professional outing since the setback.

It was a tough day for the bowlers. Otago amassed 354 for six wickets.

But Ferguson came through his return game with his reputation firmly intact. He bowled with good pace, albeit aided by a helpful breeze, and was the most threatening of the Aces bowlers.

He went wicketless but his none for 50 was frugal in the context of the game.

The right-armer was perhaps a little unlucky. He had a confident lbw decision against Neil Broom turned down.

He certainly troubled Otago’s batsmen. He struck both Broom and Josh Finnie on the helmet and bowled with plenty of venom. But, most importantly, he got through 10 overs and felt good doing it.

"I’m not 100, especially with my accuracy. But I’m just glad to back playing and my body feels all good.

"It felt like it was coming out OK but there is still a few tweaks to make with the rhythm. But it was good considering it was my first game back for Auckland."

While Ferguson looked ready to return the Black Caps outfit, he is pacing his return to international cricket carefully.

"It has been an interesting one. I’ve not done a calf before and the comeback has been quite a long process.

"I did not realise just how much work the calf actually does and the pressure it is under constantly, so I’m taking quite a conservative approach with a big year of cricket ahead."

The plan is to play for Auckland in the one-day final on Sunday and then hopefully get a Black Caps recall. 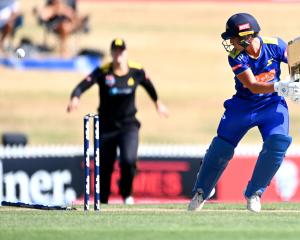