Smith’s dream of captaincy should remain just that 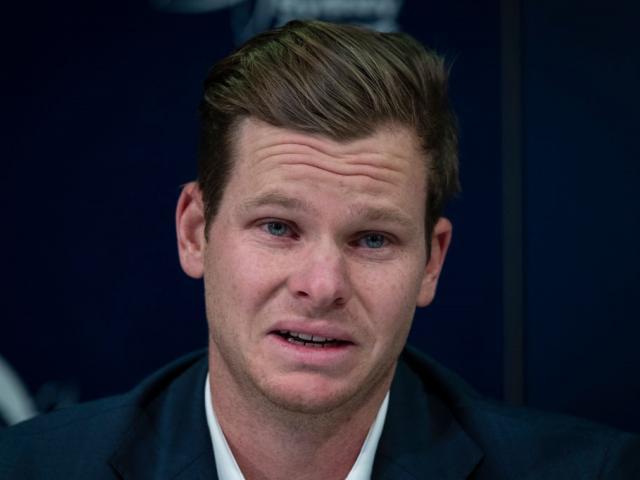 And Ronnie Biggs would have liked a job in accounts, while Donald Trump would have found it convenient to pull the odd shift for the electoral commission too.

Smith, you will recalled, was banned for a year for his role in the ball-tampering scandal.

Google it and you will find photos of the prolific right-hander bawling like a baby in an emotional confession.

A quick refresher — he was captain during the Sandpapergate incident.

In March 2018, Cameron Bancroft was spotted using sandpaper to rough up the ball during the third test against South Africa in Newlands.

Smith and vice-captain David Warner were found to be involved and received a one-year ban from Cricket Australia, while Bancroft copped a nine-month suspension. Smith was also banned from a leadership role for the next two years.

The general narrative to emerge in the media was that Warner was the architect of the scheme, Bancroft was charged with carrying out the dirty deed and Smith looked the other way.

And supposedly no-one else knew about the plot.

If you ask former England all-rounder Andrew Flintoff, Smith shouldered the blame for everybody else.

He believes knowledge of the plan was not limited to the trio and that the team knew about it. It seems especially hard to believe the bowling unit did not know the ball was being tampered with at least.

Wherever the truth lies, Smith was captain and he set the tone of the team.

Smith tells us he is a reformed character and would like the captaincy role if Cricket Australia will have him.

"I’ve certainly had a lot of time to think about it and I guess now I’ve got to a point where if the opportunity did come up again I would be keen,” Smith told News Corp.

"If it was what Cricket Australia wanted and it was what was best for the team at the time, it’s certainly something I would be interested in now, that’s for sure."

If Cricket Australia wants to move the culture of its national team in a new direction then going back to Smith as captain is the wrong move.

He is a cheat. And not even a close up of tears streaming down his cheeks, or how often he repeats the mantra he has grown as a human being, will change that most salient of facts.

But with a little spin perhaps we can be led to understand how rife ball-tampering was in international cricket at the time; how Smith has learnt his lesson and the awful toll it took on the young man.

It will be convenient, too. Test captain Tim Paine is 36 and white-ball skipper Aaron Finch is 34.

Pat Cummins is the obvious successor, except he is a fast bowler and fast bowlers so rarely get a permanent captaincy gig.

Some of the other candidates have had form issues.

Smith just has that one little blot on his copybook. But 73 million people voted for Trump and Biggs was a cult hero to some, despite his role in the Great Train Robbery of 1963.

Not sure that the Australian cricket team's captaincy is any of NZ's business. Just sounds sanctimonious.

Smith and Warner should have never been allowed to play international cricket and definitely not be in a leadership role, same as any other cheaters