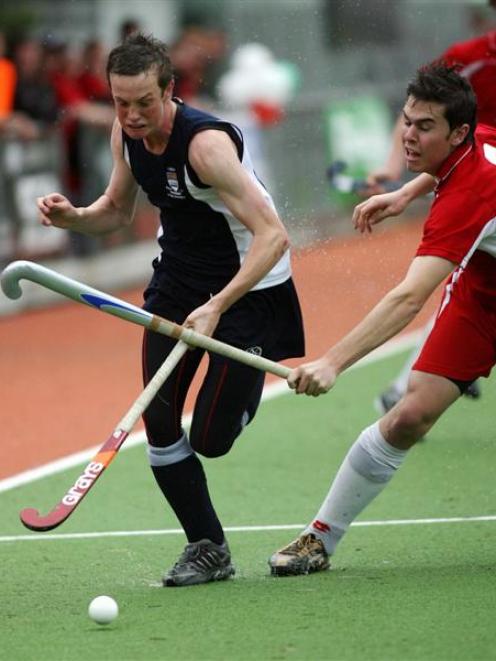 The school was defeated 2-3 by Auckland's Westlake Boys in the final of the Rankin Cup in Napier yesterday.

While the team stumbled at the last hurdle it can be pleased with its effort.

This time last year the school was celebrating winning the India Shield and gaining promotion to the country's premier tournament for school boys.

To move from the top of a second tier competition and almost win the ultimate prize represents a remarkable improvement, coach Mark Joyce said.

"I couldn't ask for more really," he said.

"We've got a good core of guys but all the others really lifted their game this week and played outstanding hockey."

Out of the 16-strong squad, 11 will have an opportunity to return next year, although the team will be without junior Black Sticks Blair Tarrant, Hugo Inglis and Nick Ross.

"[This experience] will definitely serve the younger ones, who will be back next year, well."

Westlake seized the initiative by scoring two goals within the opening 7min.

Stunned, OBHS clawed a goal back when Ross deflected a penalty corner past the keeper.

Westlake seemed to have sealed the victory when it scored a third goal with 15min remaining.

But OBHS mounted a late run.

Kane Russell grabbed a goal as the Southerners surged forward, and Tarrant had an opportunity to send the game into extra time but pushed a penalty stroke wide in the dying moments of the match.