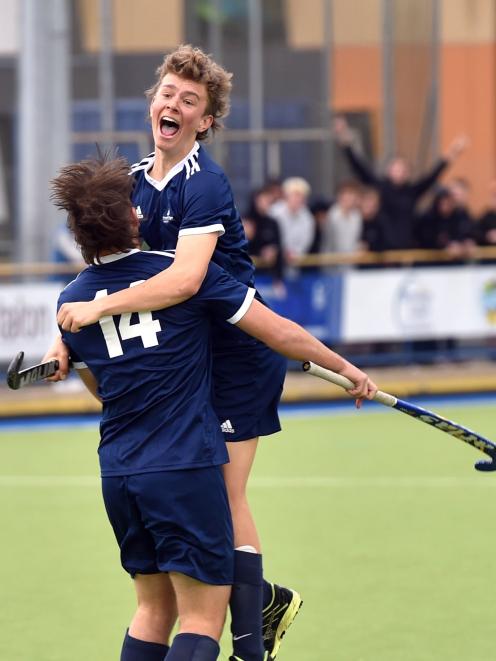 Cromwell College players Ryan Jones (No 14) and William Edwards celebrate Jones’ goal against Shirley Boys’ High School during the final of the South Island Championship in Dunedin yesterday.
Cromwell College had a good week which was about 10 years in the making.

That was no small feat given the challenges the school faced just getting a team together.

Shirley Boys’ High School clinched a convincing 6-1 win in the final. Cromwell had some opportunities and Ryan Jones slapped in a second-half goal. His side looked at its most threatening in broken play.

While it was a disappointing finish to the campaign, coach Sam Pimm was thrilled with his side’s effort.

"I’m pretty proud of them considering the team was put together pretty late with injuries and everything," Pimm said.

"And it has been 10 years since Cromwell has had a boys team. So I’m very proud of how they have gone and they could keep their heads held high."

Cromwell did not quite have the numbers it needed, but Mt Aspiring College answered an SOS.

It dispatched three players, including Campbell Mortimer, who is an ace drag-flicker.

The 17-year-old scored 11 goals during the tournament, 10 of them from penalty corners. 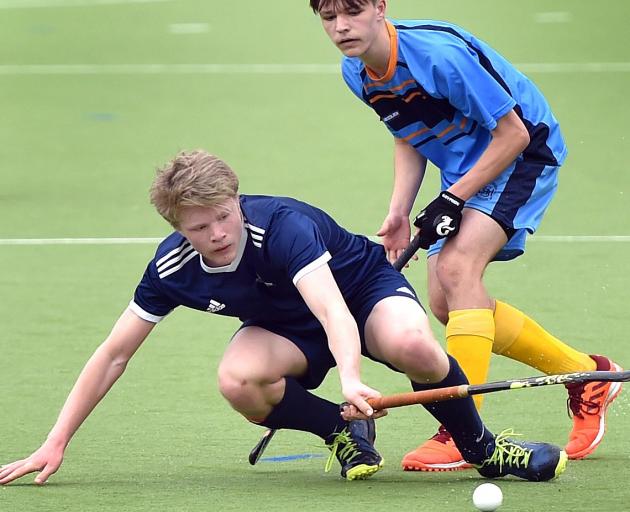 Cromwell College player Lauri Kramar tries to control the ball while under pressure from Josh Cooper, of Shirley Boys’.

James Nicolson scored his second goal of the game in the final two minutes to seal the win.

Last year, King's completed an historic victory in the Rankin Cup and will get to keep the trophy until next year, as the tournament was not played this year because of Covid-19.