By Catherine Pattison
0 Comments
Transporters and trailers around the country have been rolling rally cargo towards Dunedin this week, as the city gets ready to host the 2021 Otago Rally.

The drivers’ excitement levels are high after the Covid-19 pandemic caused the cancellation of this season-opening event last year, followed by the entire 2020 New Zealand Rally Championship (NZRC).

Dunedin hopes lie with fifth seed Emma Gilmour, who has a new team and a fresh perspective. Pukekohe’s Choice Performance will run her Suzuki Swift AP4 and she has enlisted Cambridge-based Malcolm Peden to call her pace notes.

“I can’t wait to see what we’ll achieve in the NZRC this season. Being consistent and competitive are my goals as we strive for rally wins.

"I really missed Otago last year when it was cancelled and can’t wait to roar off the start line for the first stage on Saturday,” Gilmour said.

Former WRC driver Hayden Paddon, of Cromwell, has recruited long-term co-driver John Kennard back into his Hyundai i20 AP4 and they will start first on road for the 14-stage, 298km rally.

The nationally and internationally successful duo are firm favourites for the NZRC component victory, as Paddon will be striving to add an
eighth Otago Rally trophy to his cabinet.

He has campaigned in the vehicle for the past five years and has the advantage of 11 years of experience of co-driver Tony Rawstorn calling his pace notes.

Former off-road champion and third seed Auckland’s Raana Horan was ruled out this week with a broken rib, meaning the total NZRC entries drops to 49 in what will be an extremely competitive field, studded with international specification R5 machines and nationally produced AP4 cars.

It may be a long wait but it is worth sticking around until the top classics slide through at the end of the reverse-order pack, with Gore’s Derek Ayson a strong contender for the win in his Ford Escort Mk 2. He will be chased hard by a trio of Cantabrians: Deane Buist (VW Golf GTI), Jeff Judd (Ford Escort RS 2000) and John Silcock (Mazda RX7 GpB).

Fourteen crews, all in Subaru Legacys or Imprezas, will contest the 4WD Classic Rally, while the Allcomers Rally field has 27 entries.

The ceremonial opening will be at the Octagon today from 5pm before the 113 competitors head south for fast, flowing special stages on Saturday.

The vehicles then return to the city for the spectator-friendly tarmac superstage from 3pm at Anzac Ave.

A second day south of Dunedin, including the popular Kuri Bush test, awaits on Sunday, before the winners are crowned at the new finish venue of Brighton Domain from 3pm. 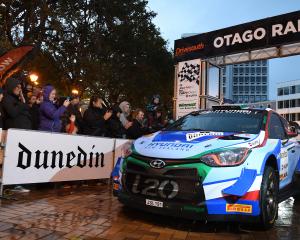 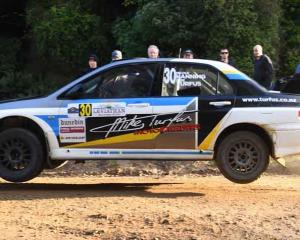 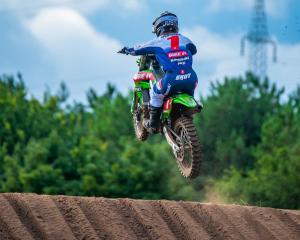 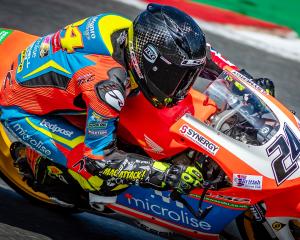 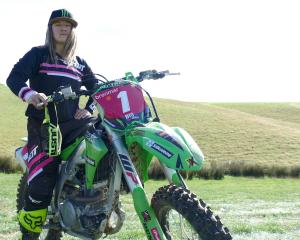 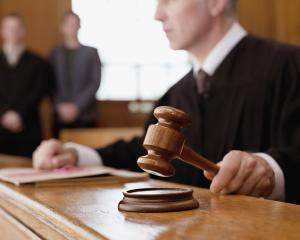 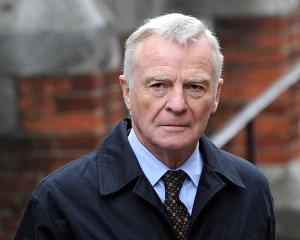