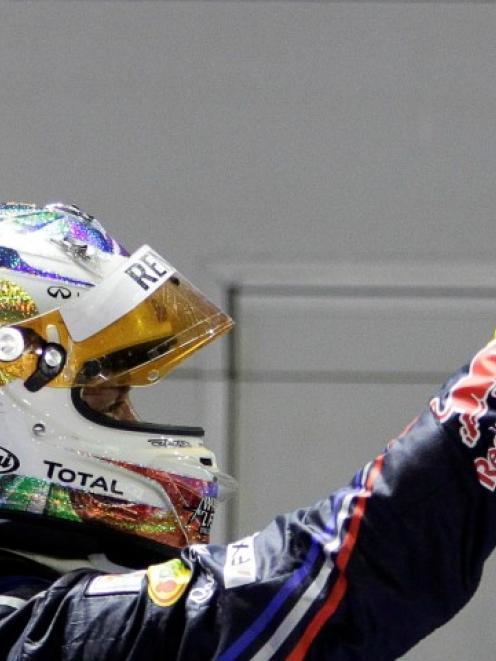 Red Bull Formula One driver Sebastian Vettel of Germany celebrates winning the Singapore Grand Prix at the Marina Bay street circuit. Photo: REUTERS/Tim Chong
Sebastian Vettel did all he could to wrap up a second successive Formula One world title with a commanding victory in Singapore on Sunday but the ultimate prize remained tantalisingly out of reach.

As the rest of the field jostled for position behind him, the 24-year-old Red Bull driver tamed the floodlit streets to stand just one point away from becoming the sport's youngest double champion.

"The car was amazing and the start was good," the German told reporters after holding off the late-charging McLaren of Jenson Button to cross the line 1.7 seconds ahead of the Briton and celebrate his ninth win of the season.

Button is now the only man who stands between him and the title and that obstacle looks sure to be overcome in Japan in two weeks' time. Vettel will not even need another point if Button fails to win at Suzuka.

Asked by a reporter with tongue firmly in cheek whether he felt 'capable' of taking one point from the remaining five races, Vettel agreed it was within the realms of the possible.

"I feel capable but I still have to do it," he said, refusing to tempt fate.

"Obviously with the races that we've had so far, it should not be a big problem but it's over when it's over and not before," said the man who has not finished lower than fourth all season.

"Statistically the chances are on our side but generally in sports there have been a lot of stories written, and this one also has to wait to be closed first."

Sunday's race was Vettel and Red Bull at their best, with the German getting away cleanly and stamping his authority on the race.

"I was just pushing as hard as I could from the beginning, trying to open the gap, trying to use my momentum and get into the rhythm as quickly as I could to make use of the advantage of a clear track ahead," he said.

"I surprised myself that I was able to pull away that much after just a couple of laps and it put me in a position to control the stints from there."

Vettel stretched his lead to 22.7 seconds by the midway point of the 61 lap race but a big crash involving seven-times world champion Michael Schumacher brought out the safety car and the leader was forced to rebuild his advantage.

"The safety car didn't make our lives easier, especially at the end but all in all the car was great from start to finish and I was able to pull away and had a little bit of help from the back markers," he added.

"I was in a luxury position today and the speed was phenomenal from the start.

"Every time I needed to push, I was able to push and I was more than a second quicker than the cars behind at times."

Vettel then made an unscheduled pit stop late in the race after Button had come in for a fresh set of tyres, a move he said was to ensure he was in a strong position to defend his lead if another incident pulled the field back together.

"We made the right calls and although there was a lot of traffic at the end, we had enough time to sacrifice a few seconds," he said.

"There was not much we could have done better tonight." 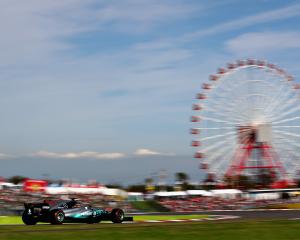 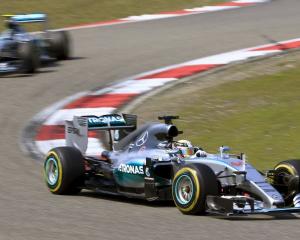 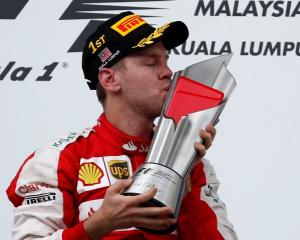 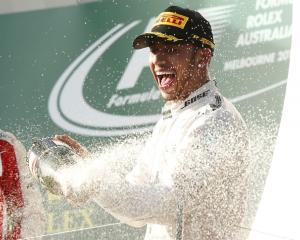 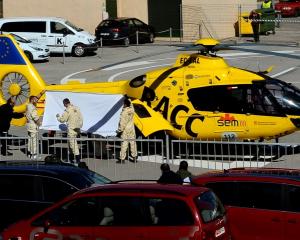 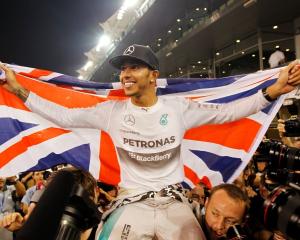 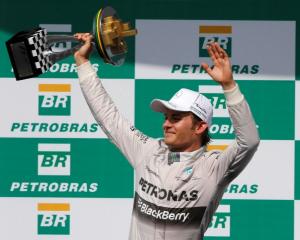 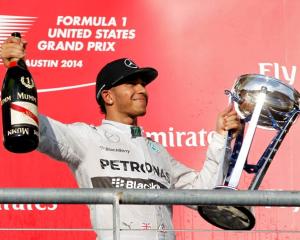 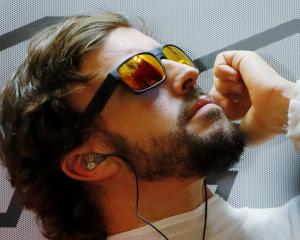 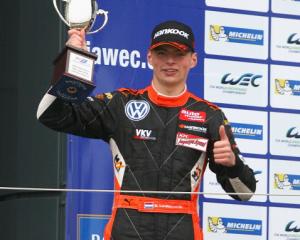 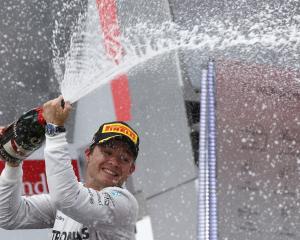 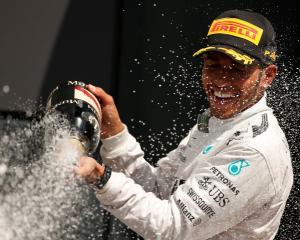