Andrew sad to be moving on 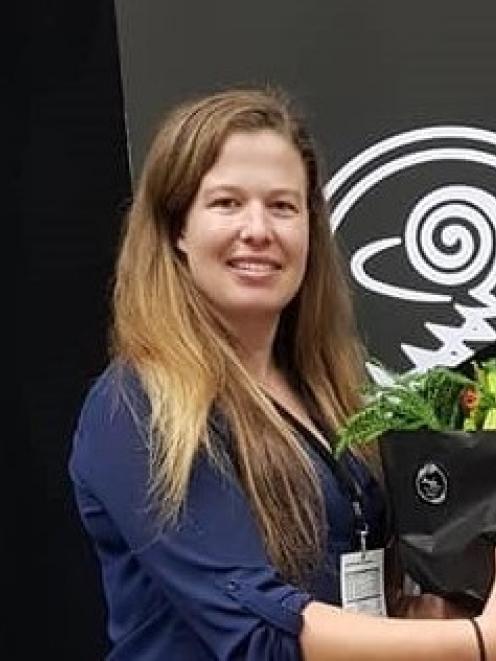 Joyce Andrew. Photo: Supplied
Joyce Andrew is heading north, although admits she is sad to be leaving.

The 27-year-old has resigned from her role as operations manager at Dunedin Netball.

Having completed two seasons in the job, she is set to move to Christchurch.

Netball will probably still figure in her umpiring capacity.

However, career-wise she hopes to move towards joining the police, something that had ''been in the back of the mind'' for a while.

It would also allow her to be closer to her partner, who also lives in Christchurch.

There will be some sadness when she walks out the door at the end of the third week of October, though.

Having been in Dunedin and heavily involved in the netball scene for nine years, she had developed plenty of close ties.

''I still have a huge passion for netball and especially Dunedin Netball, the blue and gold, Otago netball.

''I've been up here nine years now and have really grown tightly to the people in the netball community.

''So I'll definitely be sad to go. We've made a lot of gains this year, and last year but especially this year.

''I just really hope we can get an awesome person on board to continue the good work.''

She felt bringing in high-quality live streaming of local games had been a significant move.

That was significant in allowing parents of students from out of town to watch their games.

The ''positive netball project'' had been successful as well.

Andrew felt the sport had developed well in creating a good culture as far as sideline and on-court behaviour is concerned.

Increasing the number of senior club teams by four over the past two years had also been a significant gain.

They were the highlights in a two years which she had ''thoroughly'' enjoyed.

''It's been a pleasure and a privilege to be leading the organisation over the last couple of years. Awesome people, great sport, couldn't have asked for more, really.''

Dunedin Netball has advertised for someone to replace Andrew.