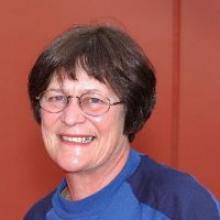 Robyn Broughton
would feel more relaxed about her side's pre-season if star signing Donna Wilkins had not broken her wrist.

The basketball and netball dual international is a key member of the squad but broke her left wrist during the pre-season tournament in Queenstown last month.

The cast has been removed and replaced by a splint, and Wilkins has begun lightly exercising her arm. But whether she would be fit in time for the Steel's ANZ Championship opener against the Pulse in Invercargill on April 4 was unknown, Broughton said.

"Losing Donna . . . was a big blow because she is a big part of this team and her experience will be sorely missed."

The Steel will play warm-up games against the Otago Lois Muir Challenge team and the Canterbury men's team in Dunedin today, at 11am and 2pm respectively. After disappointing results in Queenstown, and mixed results in Sydney, Broughton wants her side to execute the game plan with more accuracy.

"I want to see a step up in teamwork and us connecting right through [court]. We've got very strong D [defence] and a good midcourt. Our fitness is right up there. I'm really pleased with all the conditioning they've done. So I'm just looking for a good polished performance, really."

In the absence of Wilkins, Broughton expects Silver Ferns shooter Daneka Wipiiti and back-up shooters Julianna Naoupu and Leah Shoard to step up.

"Leah is fitting in well . . . and Julianna has had experience. Daneka will have to stand up and we expect her to stand up."

Wipiiti missed the pre-season tournament in Queenstown because she was having her tonsils removed and lamented missing an opportunity to combine with Wilkins in the circle again. The pair teamed up for the Sting in 2007 and helped the side win the now defunct National Bank Cup.

"Obviously, we look to her as a person who can pick up a team," Wipiiti said.

"She is one of those players who . . . is so competitive. We still have her on the sideline but we will lose that [edge].

"There is a gap there but we've got some great players like Leah, who is really filling in the gap at the moment, and Julianna is doing the job, too."

The Steel may have one further warm-up match, against the Canterbury Tactix next weekend, which will be played in either Christchurch or Invercargill.