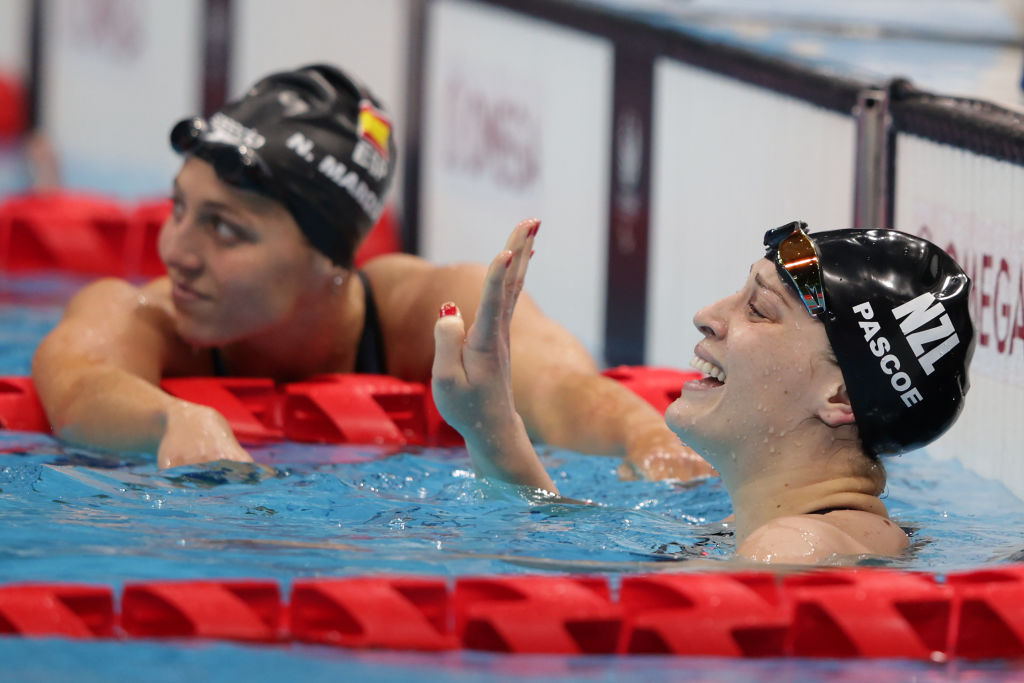 Pascoe stopped the clock in a time of 2min 32.73sec, more than four seconds slower than the world-record time she set in 2019 (2min 25.22sec) but two seconds faster than her heat this afternoon.

It's her second gold in two nights, her fourth medal in Tokyo and her 19th career Paralympic medal.

Pascoe tired big time in the final 50 metres - perhaps understandably given this is her third final in three nights. Her winning margin was just 0.27 seconds, having led by 3.54 seconds at the final turn.

She led comfortably for the first three laps and just managed to hold off a charging Konkoly (2min.33sec) at the finish. Spain's Nuria Marques Soto took bronze.

The 28-year-old from Christchurch has one chance to make it 20 from four Games, set to swim in the 100m butterfly tomorrow. 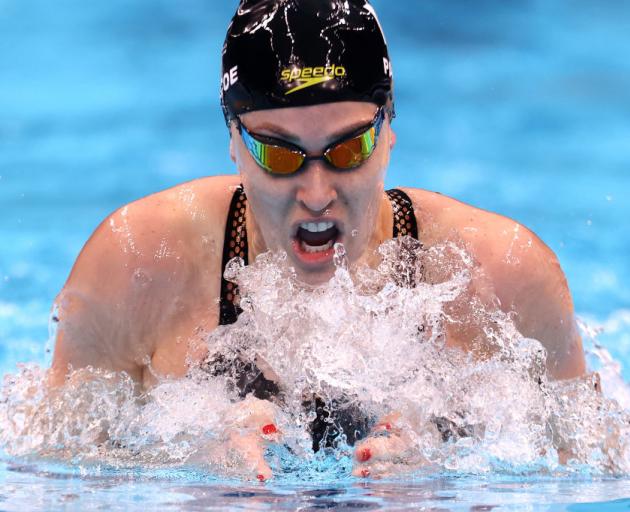 Sophie Pascoe is New Zealand's most decorated Paralympian. Photo: Getty Images
Having already won her 10th Paralympics gold medal after some initial battles at these Games, Pascoe is finding her best form.

Earlier in the day, she wowed the commentators with what they called a near-perfect swim. She eased up in her heat but still had the fastest time of 2min 34.55sec, just ahead of Konkoly, but knew the final would be tough.

"These girls will definitely push me ... the next generation coming through."

Pascoe began her Tokyo campaign winning a silver in the 100m breaststroke SB8 last week and followed that up with a bronze in the 100m backstroke S9 on Monday.

She is New Zealand's most decorated Paralympian, winning 19 medals in a stellar career.

Nikita Howarth, one of the Kiwi success stories in Rio five years ago, finished fourth in the 100m SB7 final tonight.

The Te Awamutu swimmer stopped the clock in a time of 1min 36.65sec, slightly slower than what she managed in the heats earlier today and just  1.63sec off the bronze medal.

Mariia Pavlova of the Russia Paralympic Committee, took out the race in style in a time of 1min31.44sec, while Jessica Long  of the United States produced a great touch to steal silver from Australian Tiffany Thomas Kane.

Howarth was right there but couldn't quite sneak on to the podium.

Howarth became New Zealand's youngest Paralympian in London nine years ago, when aged 13, and won gold and silver in medley and butterfly events at Rio.

She had a highly promising crack at cycling before returning to the water for these Games.

Howarth said after today's heat that she nearly didn't make it to Tokyo because of a broken arm suffered in a skateboard accident four months ago. But a surgeon had advised her it was safe to do so.

"I've got no expectations because of the broken arm," she said.

"It was quite difficult for a while ... then I decided to see a surgeon who said you are not going to damage it any further. So I decided to give it a go."

Backstroke gold medal winner Tupou Neiufi had to settle for fifth place in tonight's 50m freestyle S8 final in a time of 31.48sec.

Neiufi made a great start and was in a medal position for much of the race, but the sprinters in the field proved just too quick in the splash and dash event.

The 20-year-old from Auckland showed immense promise and will undoubtedly be gunning for multiple medals in Paris in three years.