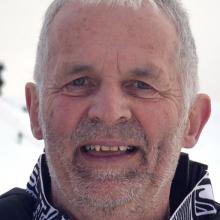 Arthur Klap is stepping down from his role in charge of the Winter Games NZ a happy man.

With the curtain falling on a successful 2017 games the chief executive has announced he will leave the job he has held since its inception in 2009 for health reasons.

"Some of those [health] issues could well be triggered by the stress associated with my role as games chief executive and after undergoing heart surgery in April this year I decided it was time to step aside.''

Klap said he was happy with how much the games had grown in the eight years they had been running.

Feedback from the more than 900 athletes and their management teams had been uniformly positive, he said.

"We think we've set those athletes up well for the Winter Olympics, which was one of our main goals.''

Whoever takes over from Klap will steer the games into a new era as it transforms into an annual event.

Holding the event each year will depend on the continued support from main sponsor Audi.

In the next two months Klap and his team will be working on a games report which would evaluate the success of the games, including the economic impact and how well received the games were internationally.

"There are always ways to improve and we will be doing an intensive review of everything, so we put surveys out to the competitors and we meet all our partners one on one and get their feedback, and then my own team file all their own reports.''

We actually end up with several pages of things we could do better, but that's the beauty of having a repeat event.''

Klap hopped to continue working for the Winter Games in a "background'' role, specifically in maintaining relations with the Government and other major partners.