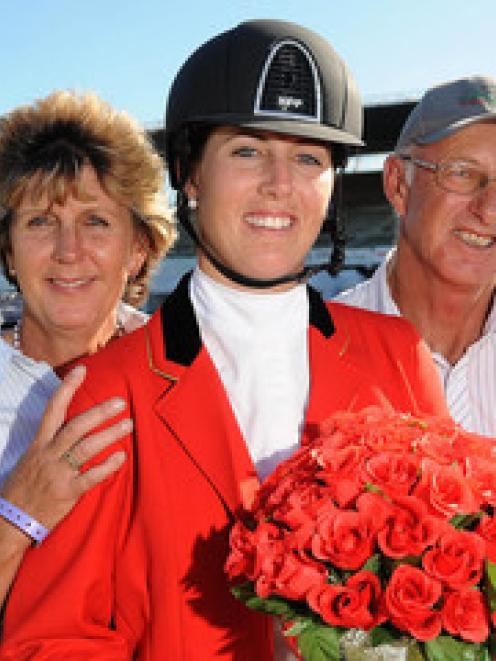 Riding her home-bred mare Dunstan Delphi, the 24-year-old from Waikato was left ruing a rail and a time fault that made the difference between second and sixth.

However, she was still over the moon with her beautiful bay horse, and her placing is New Zealand's best at a World Cup final.

"It was so much bigger out there in the second round and Delphi was trying so hard," McVean said.

McVean's father Jeff, a former competitor at World Cup finals, was ringside to watch his daughter and the horse he calls his "princess" ride.

His excitement was tinged with "an element of disappointment" -- McVean dropped a rail on the final fence to pick up four faults -- but he was still incredibly proud.

"She's a New Zealand bred horse and Kate has come out and matched it with the best. It's very good for her, for both of them."

Host nation Germany retained their stranglehold on the title with a calm and controlled clear at the crucial time by Christian Ahlmann aboard Taloubet Z. It was almost a German quinella but leader Marco Kutscher and Cash, the last to go in the final round, slid down to fourth equal after a run of rails.

Superstar Hickstead and Eric Lamaze, of Canada, finished second on the back of his spectacular win yesterday.

New Zealand's previous best World Cup final result was from Olympian John Cottle and Arturo, who finished 18th in 1983 in the final in Vienna.