A few secrets yet to be revealed 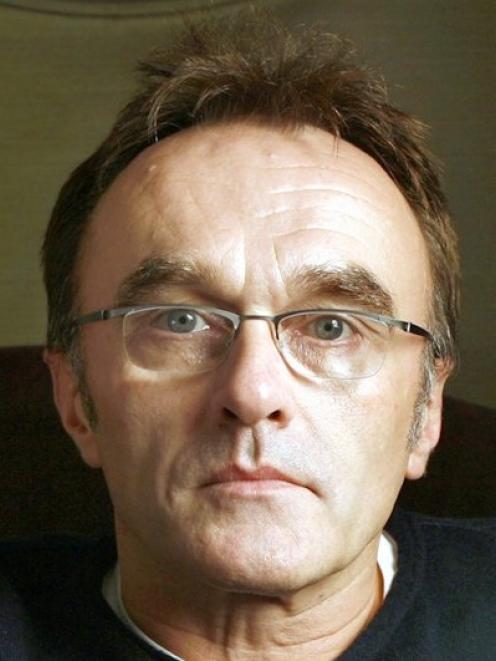 Danny Boyle
All eyes turn to London this morning for the opening ceremony of the 2012 Olympics, an exuberant journey from Britain's idyllic pastures through the grime of the Industrial Revolution and ending in a contemporary world dominated by popular culture.

The three-hour showcase created by Oscar-winning Slumdog Millionaire director Danny Boyle will be watched by a crowd of 60,000 in the main stadium built in a run-down area of London's East End and a global audience of more than a billion.

Spectators will be urged to join in sing-alongs and help create spectacular visual scenes at an event that sets the tone for the sporting extravaganza, in which 16,000 athletes from 204 countries share the thrill of victory and despair of defeat with 11 million visitors.

The Games will also answer the question on Britons' lips - were seven years of planning, construction and disruptions, and a price tag of $US14 billion ($NZ17.4 billion) during one of the country's worst recessions, actually worth it?

"This is a very, very tense moment but so far I'm cautiously optimistic," Boris Johnson, Mayor of London, the only city to host the Summer Games three times, said.

"I'm just worried that I haven't got enough to worry about at the moment," the mayor, known for his witty asides, added.

However, there have been bumps along the way.

Media coverage in the last few weeks has been dominated by the admission of security firm G4S that it could not provide enough guards for Olympic venues, meaning thousands of extra soldiers had to be deployed at the last minute, despite its multimillion-dollar contract from the government.

Counterterrorism chiefs have played down fears of a major attack on the Games, and British Prime Minister David Cameron said that a safe and secure Olympics was his priority.

"This is the biggest security operation in our peacetime history, bar none, and we are leaving nothing to chance."

Heavy traffic in central London and severe delays on Britain's creaking train system have added to the grumbling.

All of that is likely to be forgotten as attention around the globe turns to the opening ceremony, which begins at 8am (NZ time) and ends more than three hours later.

Although Boyle has urged the 10,000 participating volunteers and large crowds at rehearsals this week to keep the show a secret, some elements are already in the public domain.

Inspired by William Shakespeare's The Tempest, it opens with a recreation of bucolic bliss, complete with fields, fences, hedges, sheep, geese, a shire horse, shepherdesses and even a game of village cricket.

The mood then darkens as "England's green and pleasant land", from a poem by William Blake, makes way for the sooty chimneys and smoking steel works of Blake's "dark Satanic mills".

Stirring music from Britain's past and present provides the soundtrack, which comes to the fore in the final phase, a psychedelic celebration of pop culture including songs, sitcoms and cinema classics.

Boyle's ode to the National Health Service, a politically charged topic in Britain where people are emotionally tied to the ideal of a welfare state, may make less sense to people watching from afar.

But a closing performance by ex-Beatle Paul McCartney should have global appeal for a ceremony likely to contrast sharply with Beijing's tightly choreographed, large-scale version.

Boyle had 27 million ($NZ52.3 million) to spend on his spectacular, well under half the amount estimated to have been spent in China in 2008.

There are still plenty of secrets, including who will have the honour of lighting the Olympic cauldron, although soccer player David Beckham and popular Royal, Prince William, have been reported as possible torch bearers.

The Queen will be in the crowd, along with United States First Lady Michelle Obama and other dignitaries.