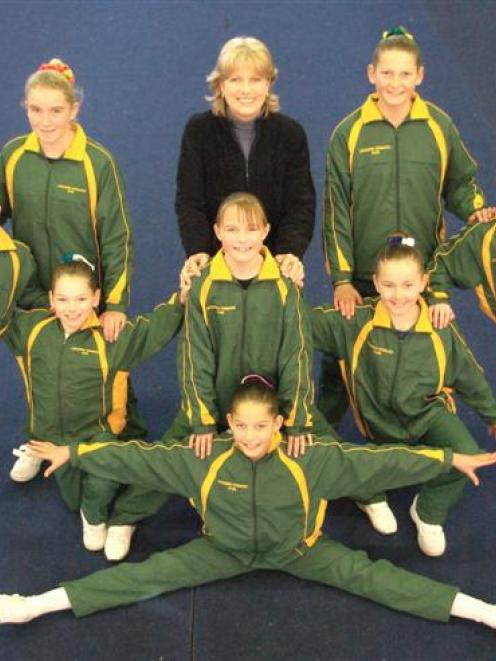 The couple have coached gymnastics for more than 20 years but only the past two of those have been in Alexandra.

Sally said they had retired but when they moved to Alexandra they "just popped into the club to see what was going on... and we offered to help".

She said the Alexandra club was isolated from other clubs such as Queenstown and Dunedin and it was a struggle but since they started coaching they had "revamped things at the club".

This year was the first time the club had been represented at the national competition since 1985.

They took nine girls and returned with 10 medals.

Every competition the club has attended this year has added to the medal collection.

As well as significantly increasing the membership of the club, the couple have also introduced trampolining, rhythmic gymnastics and aerobics disciplines.

Hart said it was not all about the competitions but about "the grassroots stuff and building up [the club]."

She said the future growth of the club "will be quite outstanding.

"We envisage the club could easily grow to 200 or 300 kids over the next couple of years if we can secure a permanent venue".

The club uses the Molyneux Stadium but shares it with other sports and organisations.

Hart said the award was "very unexpected" and it was "lovely to be nominated by the club".

At the award ceremony, former Gymsports New Zealand regional relationship manager Elise Williamson said the Harts "have inspired club members and encouraged them to step out of their comfort zone.

"This pair commands a huge amount of respect from all those around them and their unselfish commitment to the sport is obvious.

• Mikaela Walsh, of Dunedin, received the gymnast of the year award.

At the award ceremony, Williamson said Walsh had an "inspirational attitude"and had shown "commitment and passion" in her role as junior coach.

Her mum, Julie Walsh, received the Volunteer of the Year award.

Williamson said Ms Walsh had unwavering passion and an unprecedented amount of time and energy.