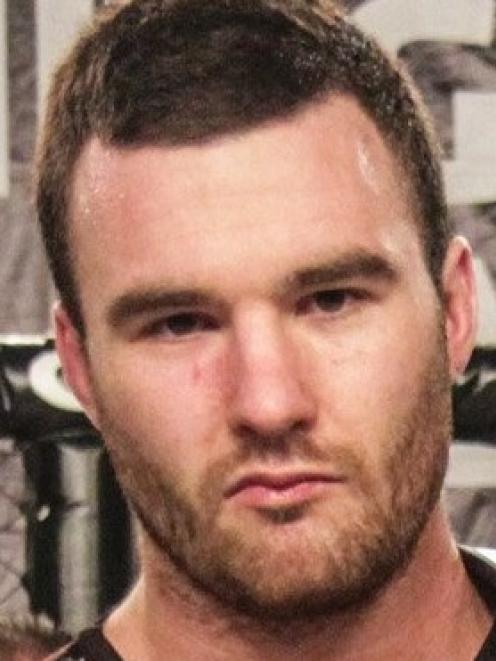 Brogan Anderson
What was billed as ''Ironfist'' turned into a night when iron chins and similar types of limbs were needed when Hammerhead Productions held its fight night at the Caledonian gymnasium on Saturday.

In the main event, Robert Dean made a successful return to the octagon when he easily defended his International Sport Karate Association New Zealand professional middleweight title with a lightning-quick 22sec first-round submission win.

The Team Hammerhead fighter took his record to nine wins and three losses and earned the fastest finish on a Hammerhead show when he put a standing front guillotine choke hold on Christchurch's Dan Reveley (UMAF) in their fight, scheduled for three rounds of five minutes.

Reveley came out with some optimistic high kicks, which Dean avoided before he pressed him up against the fence and locked in the submission.

After the fight Dean said it felt great to be back competing after nearly a year out and he was now aiming for a New Zealand welterweight title after weighing in about 79kg for the 84kg fight.

In the co-main event, Brogan Anderson took his record to nine wins and four losses when he outclassed Australian Adam Matheson (Kyoshi MMA) by way of a rear naked choke with 57sec gone in the first round of three.

Both middleweights looked to find their striking, before Anderson threw Matheson to the ground and overwhelmed him before taking his back and locking in the choke.

Anderson, the reigning Supremacy Fighting Championship New Zealand light heavyweight champion, said he was now looking at sharpening his striking skills in Thailand before taking more fights at his preferred light heavy level and the occasional one at middleweight.

Lightweight Brett Ryan put on a impressive and determined display when he handed Team Hammerhead's Dan Aitken his first loss in his four fights when he won by knockout, while Josh Oxenbridge won his featherweight fight by first-round TKO, after he dropped Aaron Walton (Strikeforce) with a crisp right hand before Walton's left leg gave way, with what looked like bad ligament damage.

In a night when two fights ended in draws, the best fight was the battle between Saatia Leti (Ultimate mma) and Braden Wells (Strikeforce), while Team Hammerhead's Craig Masina took on Mike Pascoe ( Hooligan mma).

Both welterweight fights were stunning crowd-pleasers. All four combatants showed massive hearts and plenty of courage in their scheduled three, three-minute round fights.

Leti won a brutal stand-and-trade clash when he knocked Wells out with two clean right hands, with just a second to go in the second round. Masina and Pascoe fought out a back-and-forth war of attrition that rightly ended in a draw.

The only kickboxing fight of the night was also a toe-to-toe battle that ended in a draw. Team Hammerhead's Chase Haley and David Watts (Toa Fighting Systems) punched and counter-hit for three rounds of nonstop action. Neither man was prepared to give an inch.

Haley was the aggressor for most of the fight, with some fine hand speed and combos, while Watts showed some impressive kicking and really turned it on in the third round.