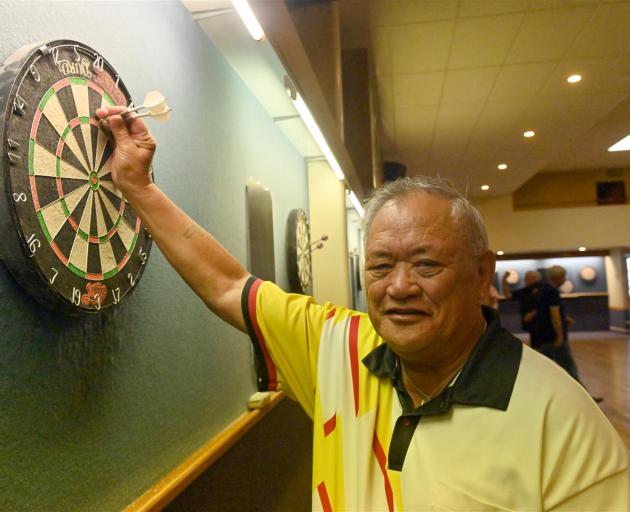 Darts may be becoming a high profile sport these days with blanket television coverage and some big stars.

The game is still the same, though, down King Edward St.

Three darts each are thrown at the board to get down from 501 to zero as quickly as possible.

Darts has been part of the games ever since they started in Dunedin in the early 1990s. Keeping charge all that time has been Eddie Girdler and he said the sport was still popular. Numbers had remained steady throughout his time involved. 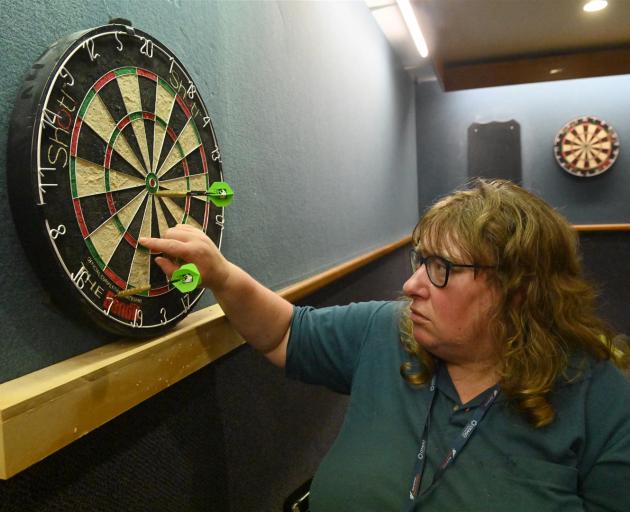 Suzanne McGregor, of Dunedin, checks her shot.
The darts club in Dunedin has about 180 members — not a pun in that number — and is the second biggest darts club in the country.

The sport was popular at the Masters Games, as it was social and was never affected by the weather.

Competitors came from all over New Zealand and Australian Frank Mathers, of Brisbane, is back again, having played at the games in Dunedin for the past 15 years.

The club also offers disabled darts and that was in the games.

Darts started on Sunday night, being part of the twilight 400 event, and would continue until tomorrow.