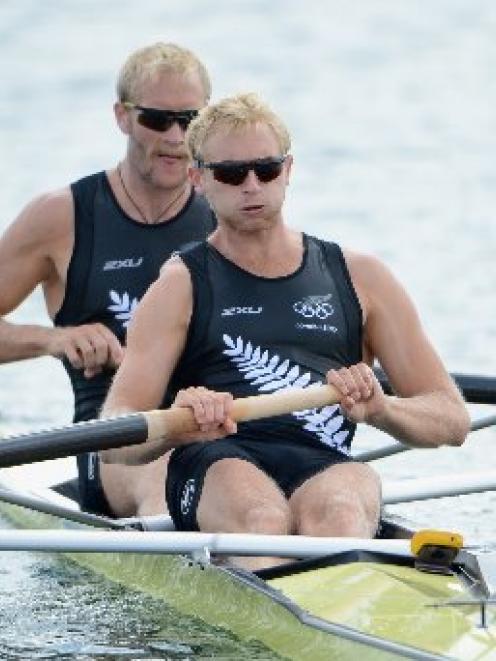 They shaved 5.77s off the previous best set by British rowing greats Sir Matthew Pinsent and James Cracknell ten years ago in Seville.

Nathan Cohen and Joseph Sullivan have also excelled themselves with an Olympic best time to win the men's double heat, taking 0.19s off the time set in Athens.

The women's pair of Juliette Haigh and Rebecca Scown made the final by finishing second but face plenty of adversity to reach the podium. Mahe Drysdale and Emma Twigg won their single sculls heats to progress to tonight's quarter-finals.

While satisfied with the result, Bond didn't read too much into the world best time: "When we were warming up we could tell there was a good tail wind and pretty fast conditions but you don't necessarily know exactly how fast you're going. There are no medals for heats though. We've just got to keep smacking the races out like that one and make sure nothing affects our rhythm."

Meanwhile Sullivan says they're not the fastest scullers in the competition but kept their race to themselves.

"We know we're good over that last 500m and it came through for us. As for the Olympic best time, well, we probably had better conditions than crews before us.

The Olympics have once again laid bare why form over the previous three years of a Games cycle matters little.

As the dominant women's pair crew for the last two years, Haigh and Scown have a battle to contest for a podium against Great Britain, Australia, United States and Romania in Wednesday night's final (New Zealand time).

A second place behind the Australian crew of Kate Hornsey and Sarah Tait sees Haigh and Scown progress directly to the final. However they lost by two lengths and trailed the Australians from the start. The Australians extended their lead from1.39s at the 500m mark to 5.33s at the finish in perfect rowing conditions with a slight tailwind in front of a full Dorney Lake crowd. It is the Australians' second year together after finishing fourth at the Bled world championships where New Zealand won last year.

Britain - the form crew winning all three World Cups this season - cruised to victory by two seconds over the USA and 8.1s over Romania, setting an Olympic best time in the favourable conditions. Third place means Romania have to expend extra energy contesting the repechage on Monday.

With foxing unlikely to have been a factor, Haigh and Scown will be asking tough questions of themselves and seeking the wise counsel of coach John Robinson ahead of the final. They do have sufficient experience to recover. Haigh has two Olympics behind her. She finished sixth at Athens and fifth at Beijing with Nicky Coles. Scown has been in the elite programme since 2006.

"This is going to be a tough final but we're there, so we can tick that off," Haigh said. "The Australians are a crew you never rule out. You can look at them across all sports and never quite trust them - and you've got to expect people going faster at the Olympics. It doesn't mean that's it for us, we're going to come out in the final and beat them.

Scown says gold is not out of the question either after the British set an Olympic record.

"I don't think we raced it as a final, it was a heat and it feel like we've got more to give. They're really quick; no surprises there.

"I felt quite relaxed today. I don't think I let the occasion overwhelm me." 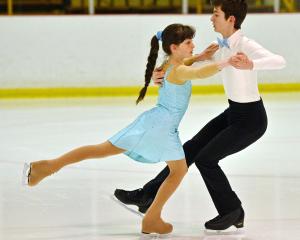