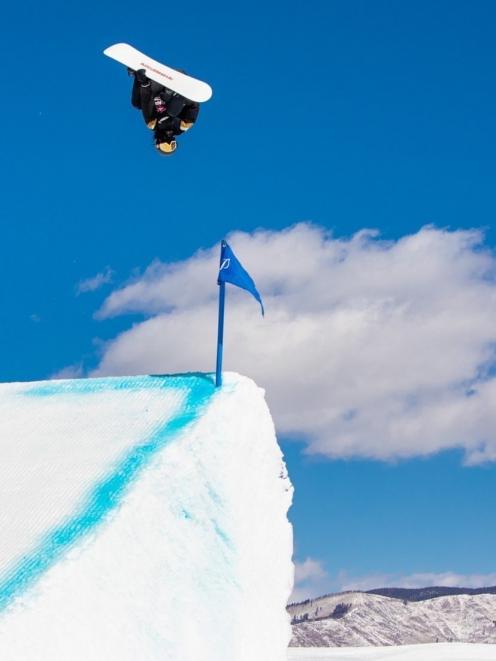 The 18-year-old snowboarder, who left Wakatipu High School last year, is in her first competition season overseas, and over the weekend won a silver medal in slopestyle and a gold two days later in the big air at the Aspen Open stop of the US Revolution Tour in Colorado.

It follows a fourth placing in slopestyle at the European Cup, in Switzerland, at the end of January.

Speaking from the US as she prepares for the snowboard world championships in Aspen from this Sunday, Wakushima said she was "stoked" with her effort last week.

In fact, Wakushima did not just win gold, she obliterated the field with a score of 179.50 for her huge double wildcat and stylish frontside 720, 17 points clear of silver medallist Kanami Okuyama, of Japan, and 37.75 points ahead of bronze medallist Courtney Rummel (US).

Of that performance, she said she had four warm-up runs and saw lots of athletes struggling with speed.

"So we came up with the double wildcat as best option, since it is a trick that sends me the biggest.

"It wasn’t my first time stomping this in my competition run, but I am still stoked that I landed the trick.

The Japanese-born boarder, who trains locally at Cardrona Alpine Resort, said competition would be tough at the world champs, where she would be competing in the same two disciplines and going up against some of the women she had looked up to over the years, including American Hailey Langland.

"It’s pretty cool to be in that spot to be able to compete with the top athletes. That’s what I’m most excited about. Hopefully, we can be friends."

Wakushima started boarding when she was about 7, spurred on by her older brother, Ryusei.

The family would head up the mountain and "I had nothing to do, so I just strapped on his old boards".

Her younger brother, Anru, is also now in on the action, but Wakushima said their mother, Yuko, "is probably the one that loves snowboarding the most".

Having spent half of her life in Japan — the family moved to New Zealand when Wakushima was 9 — she could represent that country, but "I wouldn’t".

"I’d rather compete for New Zealand."

Wakushima is due to fly back to Europe to compete in the world cup there later this month before returning to Queenstown.

This year, for the first time, she will be able to train as often as she wants, with a view to eventually going pro.