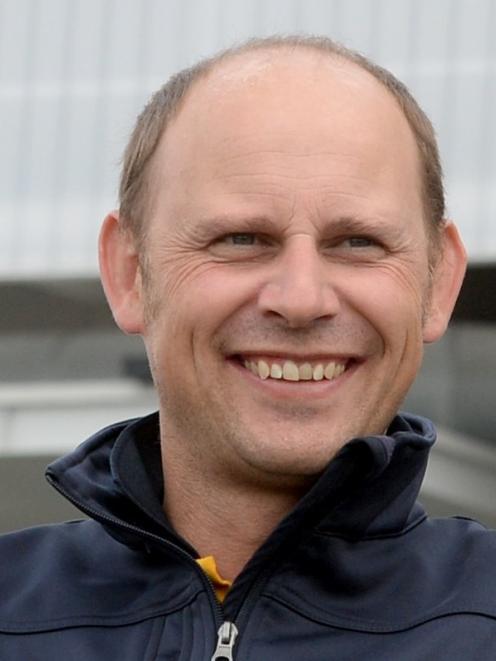 Michael Smith: "We are prepared". Photo: ODT files
Sports can and will go ahead under Covid-19 Alert Level 2.

But there have been cancellations and there could be more.

The Steel was scheduled to host the Tactix at the Edgar Centre on Sunday evening.

Netball New Zealand chief executive Jennie Wyllie said its immediate thoughts were for the safety of all those involved in the tournament.

"Decisions like these are never easy to make, but we felt it was in the best interest of safety and equity for all teams that we didn’t contest the last round,” she said.

“There was no material impact on the placings heading into the ANZ Premiership final series, so it made sense to declare these games drawn."

Netball New Zealand also advised its centres to postpone all netball activity until Saturday or until further advice.

For Dunedin Netball, that means today’s year 7 and 8 competition is cancelled and all team practise sessions are also cancelled.

It will advise on any changes to Saturday competitions when it has more information.

The Highlanders’ Super Rugby Aotearoa match against the Hurricanes at Forsyth Barr Stadium on Saturday could also be in jeopardy.

Under Alert Level 2, the game could be played but only in front of 100 spectators.

But the match between the Crusaders and the Blues in Auckland on Sunday cannot go ahead while Auckland remains at Alert Level 3.

New Zealand Rugby general manager professional rugby and performance Chris Lendrum said its decision-making "will be guided by the Government advice and so we will wait to see if there will be any changes to alert levels in Auckland and around the country for this weekend and beyond".

“In the meantime, we are preparing prudent contingency plans around playing the Highlanders-Hurricanes game with significant crowd restrictions."

Most sport looks set to continue, though.

Sport Otago events and sport capability lead Michael Smith said a lot of preparation work was done for Level 2 when the country was at a higher level previously.

"So we do know what is going on and we are prepared," he said.

Smith said the iDMe app would be out at the fields, courts and the Edgar Centre so people could log their contact tracing details.

"Then it is just making sure they are ticking the box when it comes to hygiene and obviously the big thing with level 2 is no gatherings over 100."

Smith said Football South was planning on shifting some its junior games to other venues so it could help manage crowds.

The Edgar Centre is dividing the facility into three separate zones to make sure it can accommodate as much sport as possible.

Premier club rugby games can attract large crowds, which would be in breach of the restrictions. But there are no plans to close those games to spectators yet, Smith said.

"We have the ability to create areas for spectators to stand in that we can rope off.

"We are obviously not wanting the 500 or 600 people we are getting to games. But we have the option of playing them at different venues with more controllable access points."