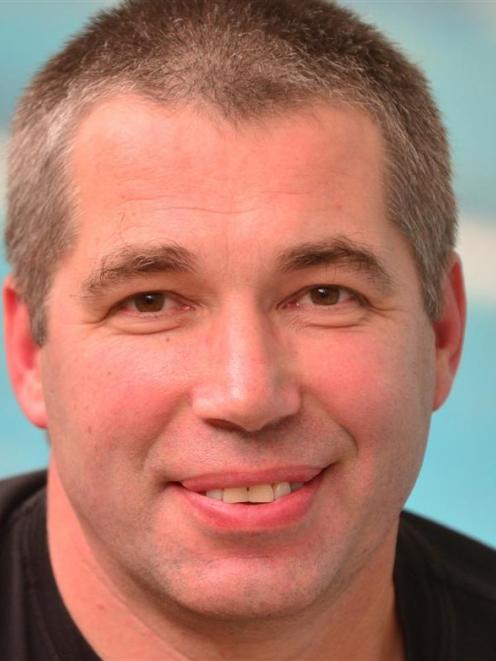 Gennadiy Labara.
Columba College swimmer Caitlin Deans (Neptune) was the star of the Otago team when she broke a national record in Wellington on Monday.

She won the girls aged 13 800m freestyle in a record time of 9min 04.52sec on the second day of the New Zealand short-course championships.

Deans also won a silver medal in her age-group in the girls aged 13 400m individual medley in a time of 5min 10.06sec.

She is coached by Gennadiy Labara in the Swim Dunedin squad at Moana Pool and has made rapid progress this year.

It has been a successful first three days for the Labara squad that has won 20 medals: 11 gold, seven silver and two bronze.

''Our swimmers have prepared well for the championships and we are showing the rest of the country that we have a strong squad,'' Gennadiy said from Wellington.

''It was a good swim by Caitlin and we are looking for more records over the next two days.''

In the open men's events, Kurt Crosland (Neptune) won the 100m backstroke in an Otago record time of 52.28sec.

He also broke the Otago record when he swam 52.29sec in the heats.

Crosland (29) again broke an Otago record when he won a silver medal in the 100m breaststroke in 1min 01.19sec.

He had also broken the record with his heat time of 1min 01.84sec.

Crosland also broke the Otago 50m freestyle record with his time of 23.85sec in the heats and 23.80sec in the final.

One of the successful younger swimmers in the Labara squad has been Han Zhang (Neptune), who has won four gold medals in the boys aged 15 grade.

He broke an Otago record when winning the 200m breaststroke in 2min 22.21sec.

The other highlight came from Andrew Trembath in the boys aged 16 grade. He won gold medals in the 200m individual medley in 2min 04.10sec and the 100m backstroke (56.10sec).