Table tennis: Sport served as ticket to the world 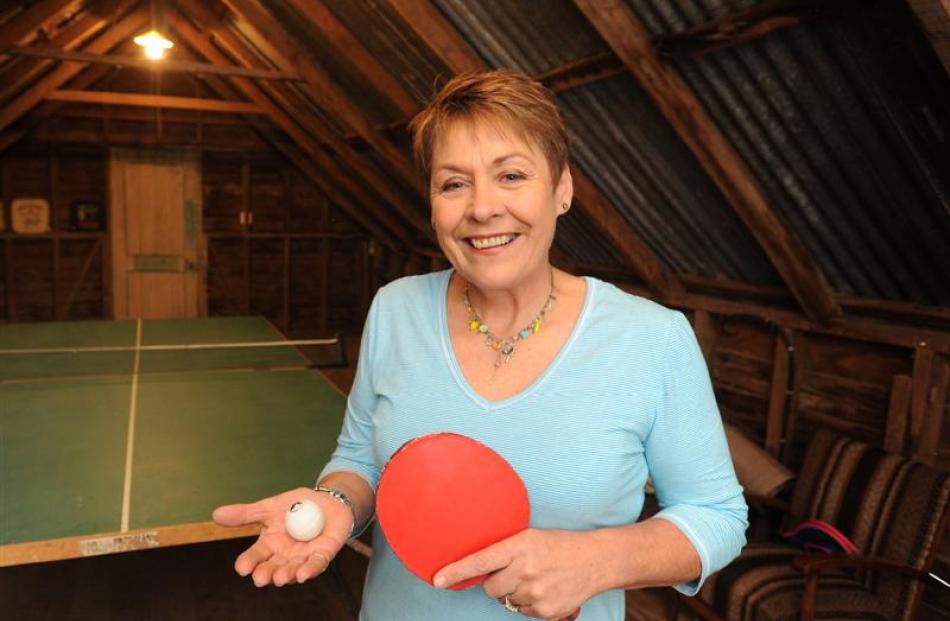 Fogarty in the table tennis room she created in a loft above a shed on her property. Photo by Peter McIntosh. 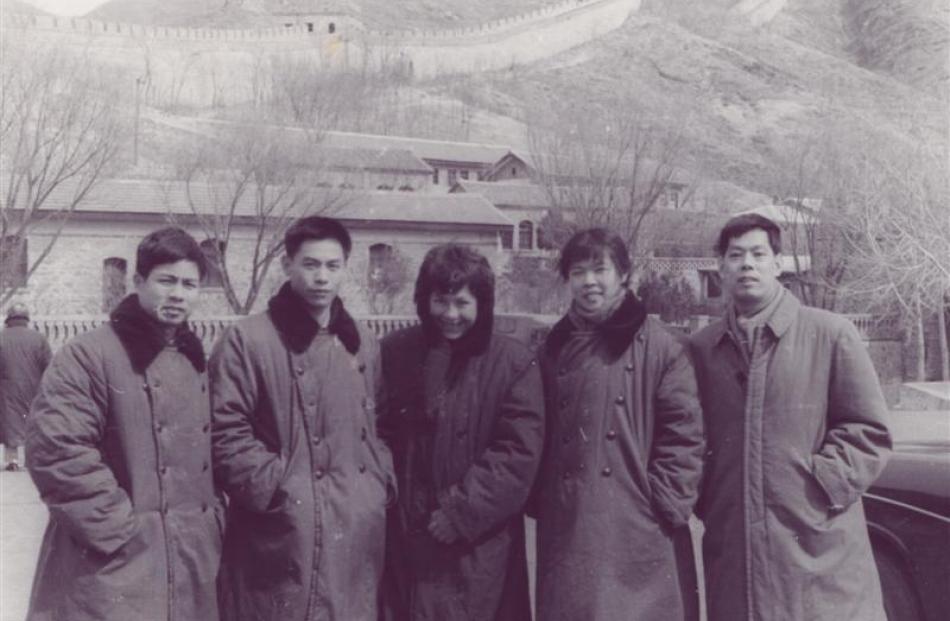 Fogarty (middle) lines up with Chinese players in front of the Great Wall of China in 1974. Photo supplied.

She was the princess of Dunedin's royal table tennis family - and now Yvonne Fogarty is back in action.

The former New Zealand champion talks to sports editor Hayden Meikle about the sport that opened up her world.

The Haig brothers in rugby, the McCullum and Blair cricketers, Yvette and Roy Williams, and the multi-talented Turners.

Otago sport has produced plenty of prominent families but it's hard to believe any have had quite the impact on their sport that the Fogarty family has had on table tennis.

It's a classic New Zealand story: working-class family of 11, Dad a railways worker, Mum flat-out with domestic duties, ping-pong table set up in a shed next to the glasshouse, and a factory line of Otago and New Zealand champions.

"Wild Bill", the Fogarty patriarch, who died last year aged 88, began his A grade career in Dunedin in 1938 and was still playing 50 years later.

From the same generation, Doreen and Phyllis also played for Otago.

Stars, all of them - but everyone agrees there was something special about Yvonne.

She was the precocious schoolgirl, plucked out of Dunedin table tennis at 15 to represent New Zealand at the 1967 world championships in Sweden.

Then, at 25, Fogarty was married and starting a family and her peak table tennis years had ended.

But when a sport is in your blood - and table tennis surely runs in the veins of every Fogarty - it can be hard to say goodbye.

Fogarty has returned to top interclub competition in Dunedin this year and, at 57, is matching it with players decades younger.

"I suppose it's mainly to keep fit," Fogarty tells me in the kitchen of the Leith Valley house in which she and husband Tony have lived for 20 years.

"But it's also . . . I don't know. It's quite challenging to play a game you used to play with such intensity and enjoy it when you're not winning.

"But I love it. You forget how enjoyable it is to compete for every point and feel that thrill of a good shot."

Fogarty last competed at the national championships in 2001, and her comeback to competitive play will not involve major tournaments at this stage.

That means there will be no opportunity to add to the swag of medals, certificates, trophies and 25 national titles she has accrued since 1965.

Success came naturally to Fogarty when she followed her father's lead and took up table tennis in the 1950s.

But there was no silver spoon for the third of nine children spread across 20 years.

"Life was very different in South Dunedin in the '50s to what it is today," she recalled.

"You know, we didn't have TV and we didn't even have a car in the early days.

"Dad loved all sports but table tennis really became his passion, and I guess I just grew up immersed in that sport.

"We were given an amazing opportunity to succeed at table tennis, thanks to the really encouraging home environment Mum and Dad created."

Bill and Audrey Fogarty bought the family home in Oxford St and converted the old stables into a shed that in turn became a sort of table tennis shrine.

There were polished wooden floors and correct lighting, and the table placed neatly beside the compost bin.

People would come from around Dunedin to trek down the back path and play Bill or one of the kids.

In time, the Fogartys would set up their own club called, appropriately, United.

There were early mornings and long car trips to tournaments around the South Island, and little Yvonne Fogarty was taken to her first national tournament at the age of 5.

That was a nice enough story.

But the real excitement came when the starched blazers of the New Zealand Table Tennis Federation informed a 15-year-old Dunedin schoolgirl she was to be the fourth member of the New Zealand women's team going to the world championships in Stockholm the following year.

Just one catch: Fogarty would have to find 500 to fund her trip.

That was a lot of money for anyone in 1966, especially a member of a family that used every cent it had to feed and clothe nine children.

What happened next gave Fogarty a lasting reminder of the power of community.

A committee was formed, headed by the mayor of St Kilda.

A fair at Culling Park, a major Christmas raffle and a basketball match between members of an Antarctic ship crew and the Otago Harbour Board, silver coin donation at the door, were held.

By the time the trip to Sweden came around, 700 had been raised.

"It was remarkable how everyone came together to help," Fogarty recalled.

"I suppose I must have captured the imagination a bit. I was just 15 and I was a local girl from a big family who had had a little bit of success."

Off the table, Fogarty played her role in the unique sporting code known as "ping-pong diplomacy".

Starting in 1971, Communist China and capitalist America used the sport to rebuild relations that had been not so much strained as severed since 1949.

Their rapport so impressed Chairman Mao Zedong he ordered his foreign ministry to invite the American team to China.

Soon, many of the Western nations were involved.

A Chinese team toured New Zealand in 1972, played a game in Christchurch that screened live on television, and was greeted in Dunedin by newspaper billboards proclaiming "THE CHINESE ARE HERE".

"They knew it was my home town and they let me win. It was a bit embarrassing."

Fogarty was then part of the New Zealand team that was invited to China in 1974.

She remembers the visit fondly.

"We were treated like royalty everywhere we went and had these big meetings with the top officials.

"We were given copies of the Little Red Book, we were taken to all the sights and we played numerous games in front of 18,000-19,000 people."

Fogarty returned to China in 1975, by which time she had just taken a teaching job in Auckland.

She and three national team-mates spent six weeks training in Canton and Fogarty was given a personal coach and interpreter.

The coach, a woman, later wrote to Fogarty pleading to be sponsored to move to New Zealand.

"This big letter arrived and of course it was all in Chinese.

I took it down to my local fish and chip shop and the people there translated it for me.

"My coach was asking for money and help to come live in New Zealand.

"There were all sorts of forms she was asking me to fill out and I just wasn't comfortable with it. I felt I let her down in a way."

Fogarty now works with international students at Otago Polytechnic and believes her experiences in China have helped her understand the young people studying in a different country.

Otago table tennis marked its 75th year last year but is celebrating that milestone in July.

Registrations for the celebrations close on June 12. 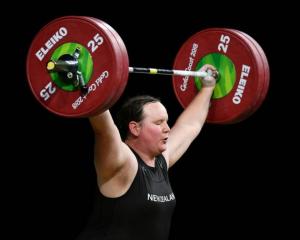 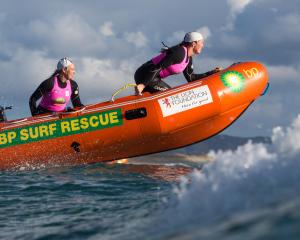 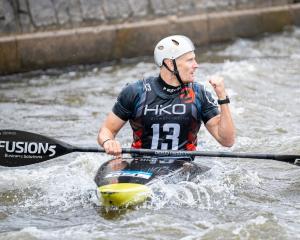