Waitaki River takes its turn as host of jet-boat marathon

The heat was on yesterday at the Waitaki River, and it may not be the last visit to the waterway this week.

The New Zealand jet-boat marathon, which had started last weekend on Lake Wanaka, converged on the Waitaki River yesterday.

There were three legs on the river, going between the State Highway 1 bridge and Kurow.

Speed was of the essence, the turbine-powered boats leading the way.

Mike Pooley, of Kaikoura, leads the way in the race after yesterday’s racing, although John Derry is only a couple of minutes behind, and Roger Preston third. 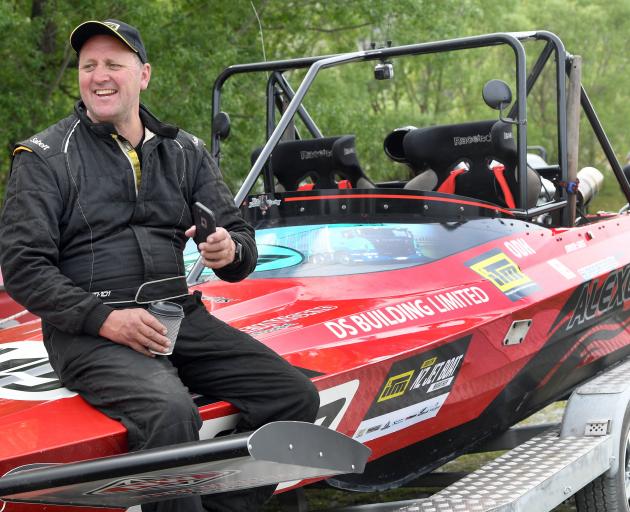 Dairy farmer Greg Wilson, of Wangaloa, near Balclutha, relaxes between legs of the Waitaki River raceday during the NZ jet-boat river racing championships.

The river was running reasonably high at 400cumecs, which made for some good times.

Wangaloa dairy farmer Greg Wilson piloted his boat well in his class and said he was enjoying the event. He had won his class on mainly the same rivers when the world jet-boat marathon took place in 2017, he said.

Today is a rest day for the drivers and boats, and the action is scheduled to move to the Rakaia River tomorrow and the Waimakariri River on Friday. There are 19 boats lining up.

However, heavy rain in the Southern Alps and West Coast may lead to the Rakaia River flooding and it not being suitable for racing. 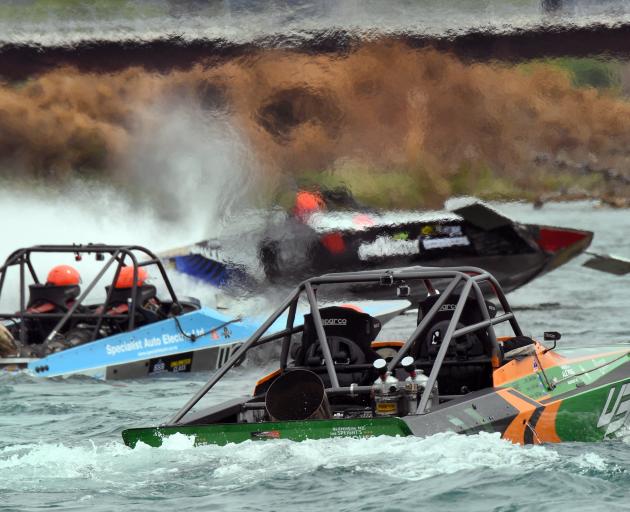 Turbine-powered jet-boats prepare to start the second leg of yesterday’s action of the New Zealand Jet Boat marathon. From front to back are the boats driven by: John Derry, Mike Pooley and Roger Preston.

The race would then head back to Waitaki River for another spell on the waterway.

The event has already raced on Lake Wanaka, the Upper Clutha and the Matukituki River.

The marathon was originally set to be raced in March, but was cancelled 10 days before the country went into lockdown.

Most entrants had come back to the event more than six months later.