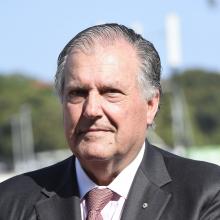 John Messara
Time is running out for racing participants to have their say on the future of their industry.

There are just four days left before the submission period for the Racing Industry Bill closes.

Widespread opinion suggests the Bill barely represents the intended changes John Messara wrote in his industry report, which was meant to provide the framework for this legislation.

It’s hard to disagree with that.

And it is hardly surprising.

It was written by government bureaucrats, and not racing people.

The submission process gives the industry the faint hope that the legislation will not end up like other parts of racing.

So, far the legislative process is typical of many areas of the industry — administered by people who have no idea about racing.

People who do not know form, breeding, track conditions and what punters want hold serious sway within this game.

I should know — I have dealt with many of them in this role.

It would be impossible to measure the damage that it does on a daily or weekly basis.

But it is easy to see it.

Racing is seemingly losing its ability to attract punters, promote itself and stay relevant.

Turnover and crowd figures tell us that.

It may be an obvious and easily-answered question to some or something others have rarely considered, but how much of this does the industry put down to those steering the good ship having little to no hands-on racing knowledge?

Racing knowledge can mean a lot of things, but when I use it I am talking about knowledge of the specifics, the nitty-gritty detail; the things only those with a really intimate knowledge of the industry know.

One of the most striking things that I have noticed in the past six months is how little “racing knowledge” exists in the industry.

It might surprise many that it is not just in the upper reaches of RITA and the codes that those with no real racing knowledge are lurking.

There are plenty in clubs, regional organisations and other bodies of influence, I can assure you.

As I have mentioned, the submission process gives the industry hope that the current state of the Racing Industry Bill can change.

The common theme among many industry conversations is that as of right now, the Racing Minister has let the industry down.

They say that right now, Mr Peters has failed to covert John Messara’s grand plan in to action.

More time is needed before that is revealed to be true or not.

Could it be just another symptom of what I have discussed?

Could it be this is a case of bureaucrats who have no idea about racing and writing a Bill that lets down the industry?

Is that why Mr Peters, who I do not believe professes to be an expert on racing, effectively implored knowledgeable racing people to submit on it?

His Karaka sales speech told the audience “We’re here to listen and I trust every critic of this legislation has made their submission.”

Well, if they are listening, the industry better get submitting.

Let’s hope those with real racing knowledge do, and that knowledge is applied to the legislation.

Because the process is already inundated with the opinions of those with no knowledge at all.