Steve Ross pilots his Jaguar XK at the Teretonga Park track late last year. PHOTO: RON VEINT.
There is still some speed in this old dog yet.

Dunedin driver Steve Ross is hoping his Jaguar XK does the business when it lines up at Teretonga Park in Invercargill this weekend.

Ross and his Jaguar are battling it out with some quality outfits.

Late last year in one of the early rounds of this season’s class, Ross set a lap record at Teretonga for the class, with a time of 59.25sec.

Ross though is not getting too excited about the record.

"But we’re not leading the class. I haven’t won a day down there yet. Had a couple of problems down there — did not get away to the best of starts."

Ross has had the 2000 Jaguar XK for about half a dozen years and gave it the fresh paint job about four years ago. He said the car was built when Ford owned Jaguar so it had a six-litre Ford engine and plenty of power.

But with up to 20 vehicles in every race and some top teams on board Henderson said it was hard competition.

"I’ve never really had a good go at the championships. And I’ve mucked up this year already. I had a DNF early on and when you get one of those, you are probably not going to win it."

At 64, Ross suggested perhaps it may be time to pass the baton on to the younger guys.

"Maybe I’m getting too old. But you’ve got to have competition or it is not worth doing."

The Teretonga meeting offers plenty of variety and one thing is sure — it will be loud.

Drift South will show its cars on Friday and Saturday along with South Island Formula 1600, NZ Six Saloons, the 2K Teretonga Challenge and club saloons. 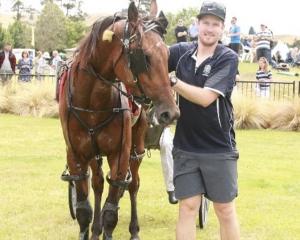 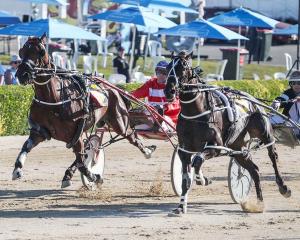 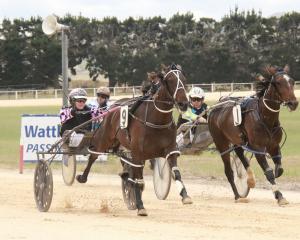 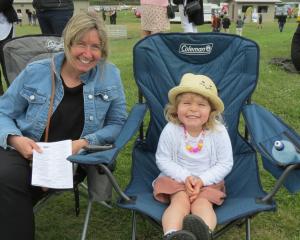 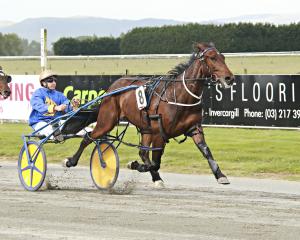 Trainer expects primed Deus Ex to be ‘right in it’