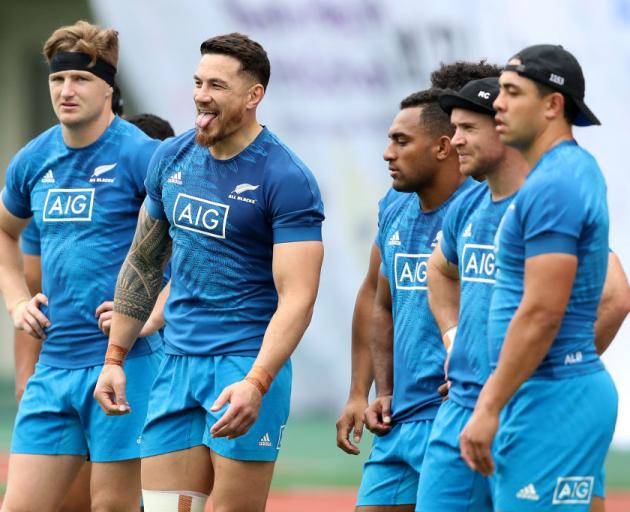 Sonny Bill Williams (second from left) at an All Blacks training session in Kashiwa on Friday. Photo: Getty Images
The All Blacks have shot down speculation surrounding Sonny Bill Williams' availability for the Rugby World Cup, after one commentator suggested that Ngani Laumape is set to replace him in Japan.

Williams is suffering from a calf injury - that saw him miss the All Blacks' test against Tonga - and former rugby reporter Hamish McKay was saying he would soon be on the way home.

However, the All Blacks told media in Japan that Williams is not returning to New Zealand - although they have not yet elaborated on Williams' injury status and whether he is in doubt for the All Blacks' opening clash with South Africa in Yokohama, just six days away.

Despite having played only about 40 matches since the last World Cup, the injury-prone Williams has remained central to coach Steve Hansen's plans. 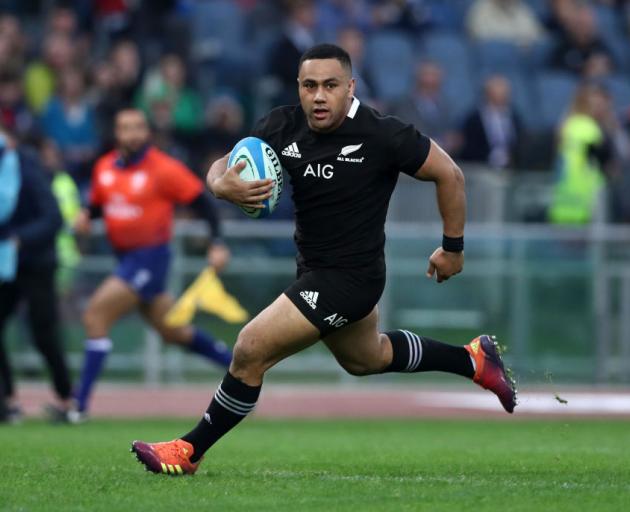 "It's more than an injury watch day … it's a day-to-day proposition. I think we're going to hear something break."

McKay, the former TV3 sports anchor and rugby editor, reckoned: "How long before Ngani Lauampe is on the plane?"

Players who are replaced can take no further part in the tournament. Both Williams and Laumape are second five-eighths not known for playing other positions at test level.

Laumape has kept up his solid form while playing for Manawatu in the Mitre 10 Cup.

Yesterday he bagged two second-half tries to see the Turbos overcome a 26-7 halftime deficit and deny Southland what would have been their first win in three years.

SBW should not have been sent / best to the new man.