All Black captain Kieran Read offloads in the tackle during last years thumping victory over the Springboks. Photo:Getty Images
The 94th test match between traditional foes New Zealand and South Africa will take place this weekend at North Harbour's QBE Stadium to kick off the fourth round of the 2017 Rugby Championship.

Tonight's fixture at QBE Stadium will be both side's first meeting against each other at the venue.

It has been 12 years since the All Blacks last played in Albany, with their 91-0 thrashing of Fiji in 2005 prior to the British and Irish Lions series the first-ever test match held in the North Shore suburb.

The Springboks' debut at the stadium came in 2011, when they demolished Namibia 87-0 in an all-African affair at the Rugby World Cup.

Their second and most recent appearance at the North Harbour ground came eight days later in a 13-5 win over Samoa in their final match in pool play.

Although this will be the two side's debut clash with one another at QBE Stadium, they have met in Auckland on ten previous occasions, with the All Blacks winning nine times and drawing once in 1994.

The South Africans will be looking to alter that statistic and grab their first victory on Auckland soil tonight, in what would be just their fourth victory on New Zealand shores since the inception of the Tri Nations in 1996.

A win for the Boks would not only be a major upset, but it would also confirm that Allister Coetzee's men have completed a somewhat spectacular revival following last year's shambolic season.

In 2016, the Springboks endured a dismal season, winning just four of their 12 test matches, including back-to-back defeats against the All Blacks - which produced a combined scoreline of 98-28 - and an embarrassing loss to minnows Italy.

However, a 3-0 series sweep of France in June and an unbeaten run in the first half of the Rugby Championship has shown the Springboks are in a much better state than last season.

By contrast, the All Blacks have performed more modestly following their outstanding 2016 season, with the Lions series draw followed by a trio of wins over the Wallabies and Pumas, where they have looked vulnerable and shaky at times.

Heading into the match with squads of similar ability, victory will be paramount for both nations, as this encounter will go a long way to determining who will be crowned Rugby Championship titleholders for 2017.

Line Ups:
Seven changes and a positional switch has been made to the All Blacks starting XV from the side that put away Argentina in New Plymouth last week.

Perhaps the most discussed change would be the inclusion of 29-year-old Kane Hames, who is given his first start for the All Blacks at loosehead prop in what will be just his third test appearance.

He moves into the starting line up after regular starter Joe Moody dislocated his shoulder in the win over the Pumas, ruling him out for the rest of the year.

Other notable additions includes the return of flankers Liam Squire and Sam Cane in place of the outstanding Vaea Fifita and Ardie Savea.

Fifita, who impressed many with his standout performance at Yarrow Stadium last week, is the victim of a shoulder injury, while Savea is demoted to the bench.

As a result of Israel Dagg's knee injury, Nehe Milner-Skudder retains his place in the starting side, but will move to the right wing, leaving the number 11 jersey available for Rieko Ioane, who returns after being rested against the Argentines.

Ryan Crotty returns to the midfield in place of Anton Lienert-Brown, who will occupy the number 23 jersey in the reserves, while Brodie Retallick starts at lock, taking the place of Luke Romano, who drops out for the match day squad.

Aaron Smith takes back his role of starting halfback off TJ Perenara, who will feature off the bench.

For the Springboks, four changes have been made in the wake of their 23-all draw with the Wallabies in Perth seven days ago.

Halfback Ross Cronje was originally included in the starting XV, but a late injury has meant Francois Hougaard has been promoted from the bench to fill the number 9 jersey, with Rudy Paige selected on the bench.

A broken arm to Coenie Oosthuizen has resulted in the surprise selection of Ruan Dreyer at tighthead prop for his second test match.

The only change to the side that is not a result of injury is at lock, with Franco Mostert coming in for Pieter-Steph du Toit, who has been dropped to the bench. 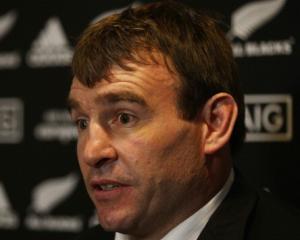