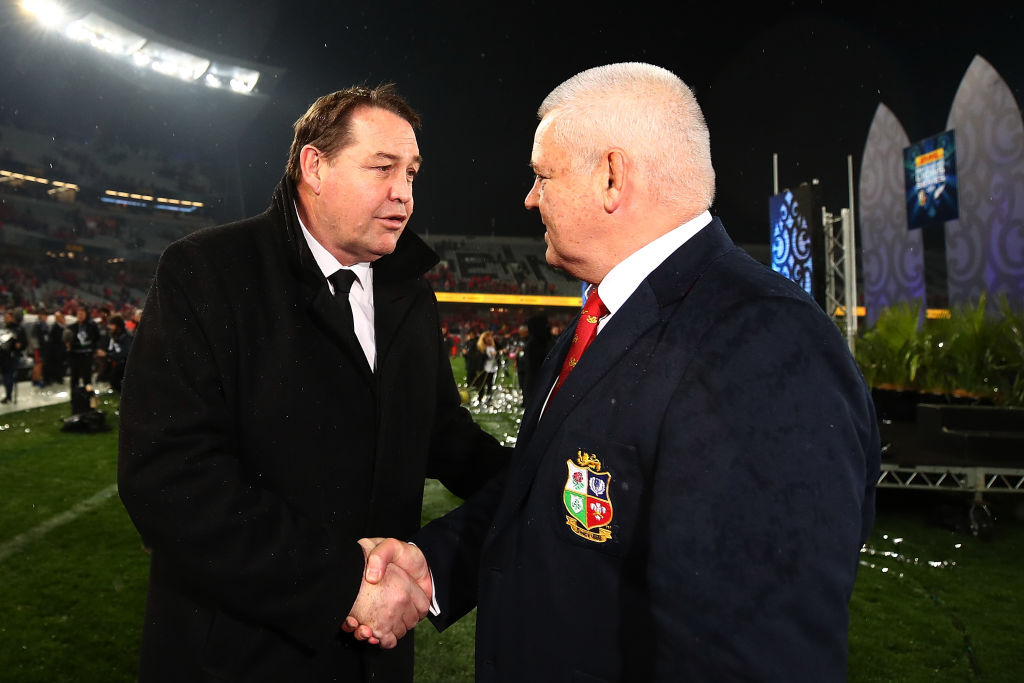 With Owen Farrell's 78th-minute three-pointer levelling the scores at 15-15, the resulting All Blacks' kick-off was knocked forward - where Welsh hooker Ken Owens, in an offside position, touched the ball.

A penalty was immediately awarded by Frenchman Poite, before being walked back after consultation with his assistants and TMO George Ayoub.

Owens' touch was ruled unintentional - despite clearly making a grab at the ball - and an All Blacks' attacking scrum was set, which they duly wasted as the match and series ended all square at Eden Park.

Hansen held his tongue after the match, saying the referees had a tough job and that laws around offside needed simplifying.

He was more forthright on Sunday.

"The more time you have to think about something, we overthink it, and in this case that's what happened. If you look at Romain's instincts, it was a penalty - and straight away, you see (Owens), he knew," Hansen said.

"They've just overthought it - if he'd trusted his instincts and gone with them, he would've made the right decision.

"I bet you he's not feeling good about that - he's a good man, Romain, and he hasn't done it deliberately. You've just got to accept it."

Despite Poite's late call, Hansen admitted his troops were still kicking themselves on Sunday after wasting a host of try-scoring chances.

In a silver lining for Hansen, meanwhile, none of his troops will return to their Super Rugby franchises carrying injuries.