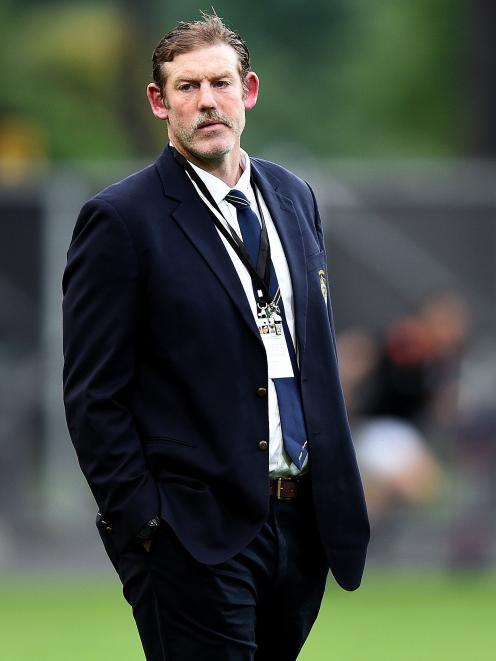 His side lost its Mitre 10 Cup Championship semifinal 32-19 to Northland at Forsyth Barr Stadium and, for the second year in a row, has fallen at the penultimate stage.

Donnelly did not hide his feelings after the game.

"It was extremely disappointing. I don't mind losing but the way we played tonight it was probably embarrassing," he said

"To be honest, I don't know what went wrong. I thought we had a really good week's preparation. But it's been like that for the past three weeks to be honest. Prepare really well and for whatever reason put out performances we can't be proud of."

Donnelly said the side should not have been lacking combinations as it had played together all year. The side was well beaten at the breakdown and Donnelly did not hide from that.

"We were poor, very poor there. Same as Southland a few weeks ago. That stopped our game from going.

"There were places there when we held on to the ball and looked good. But it was not enough — too many penalties, too many mistakes and didn't get our breakdown right."

Donnelly said it was always going to be war at the breakdown and a strong physical contest and the side had to be up for it.

It was a disappointing way to end the season as the lost its final three games, going down to Southland, Tasman and now Northland.

He could not put his finger on why that happened but it was not through lack of effort.

He praised the performance of winger Jona Nareki, the best player in the team all year.

Northland coach George Konia lauded his side, how it had played smart rugby throughout the game and played in the right parts of the field.

"The breakdown has been a focus for us. Big improvements on past weeks and big progress from us,' Konia said.

That helped the continuity of the side and the poor effort from Northland a month ago at the stadium had no impact on last night's game, he said.

"The contact area is a big work-on for any team ... we are starting to hit our straps."