The Taieri Eels just keep on winning and, conversely, their neighbour, GI, just keeps on losing. Taieri has confirmed top spot in the six and won the Gallaway to boot. Winning and losing are a habit and these two teams are shining examples. Kaik won it with a long range Ben Miller penalty in injury time to confirm its spot in the six, while Varsity is teetering on the abyss. Southern righted the Magpies’ feathers with a comfortable five pointer over Zingers to pretty much confirm a spot. Dunedin was efficient in the red zone to shut out AU and confirm a spot in the six.

AU is on 14 points with Kaik and Harbour to play. Varsity, the reigning champion, is on 18 points with Harbour to play, as it has the bye in the last round. AU needs five points from the next two games and Varsity would still have to lose to Harbour and not get a point — advantage Varsity. These two teams are fighting for their lives to make it.

Congratulations to the rugby community for staying away from the sidelines and clubrooms as rugby went off without a hitch with everybody obeying the Covid-19 Alert Level 2 protocols – it’s a pity one of the other winter codes didn’t quite achieve that.

This weekend, kids and secondary schools rugby is back on, but we have all the measures in place, so safety should not be an issue. Game times are staggered and with judicious use of fields we will be OK. In kids rugby the aftermatches will be done straight after games to keep the numbers down in clubrooms. In senior grades, games will be at 12.30pm and 3pm again to give us a gap between games. Things worked a bit too well last week and there was hardly anybody at games.

Up to his old tricks

Jacko the supreme commander of North Otago and his henchmen are up to their old tricks, but this time it beggars belief. There is no third division this year as we know, so the Hanan Shield teams are running their own comp and no loan players are allowed to play — home grown clubs lads only. But North Otago has a Ranfurly Shield game against Canterbury next Friday and surprise, surprise they are allowed loan players for that, so sure enough Jacko and Co are out raiding the Dunedin lolly jar. The clubs are up in arms as next Saturday is the last round-robin game and this comp has never been so tight. So, Jacko, it’s OK for you to use your own players for the Hanan Shield comp but they don’t deserve the right to play a Ranfurly Shield game? This isn’t right, so lads, I suggest you sort it.

A few eyebrows were raised when all the Highlander players were pulled from the comp on Friday night. Especially tough on Zingers, which had four listed as starters. But I’m duly informed all coaches were informed late changes were possible with Jacinda’s announcement – so I’m letting them off – just. So we communicated the Level 2 playing conditions to death last weekend. We had stated that Cup handovers would be done on the paddock and visiting teams would return to their own club. But did anyone tell Sandy Wheeler, the best caterer in club rugby, at AU? Apparently not, as she had cooked up a storm. Question: does Sandy and the head honcho at AU still live in the same house?

Two big club finals on this weekend, with Cromwell at home to Arrowtown. Same final as last year, which Arrowtown won. Surely unbeaten Cromwell gets it done this year, or are they the mirror image of Greg Norman? In the North, Maheno take on Valley, as predicted, and if the semis are anything to go by it should be very close — Maheno goes back to back. Jacko you should be watching this game.

Unbelievably lost to Big Baz Potgeiter from AU in the weekend, but I still lead the locks by 10, so all is not lost and on to Varsity’s Josh Hill this weekend, so the margin is extended. GI (13+) heads to Bastion Point to take on Zingers and as much as I’d like to see the Colours consign them to the dreaded spoon, the Spannerheads in a canter. The Sharks (12-) host the Magpies for the Ron Reggett at the Sandpit and it’ll be a hell of a tussle – the Sharks just with more spark out wide. Varsity are in a must-win game but the Harbour (12-) pack are back to their bruising best and will be too hard to beat at the Bluefin Bowl. AU heads up the High Veldt to take on Kaik (12-) and Landers Vili and Jona are both suiting up, but I don’t think they get it done, but they’ll give it a hell of a shake.

Will give you chapter and verse on club finals day (September 19) next week, but lock it in now. 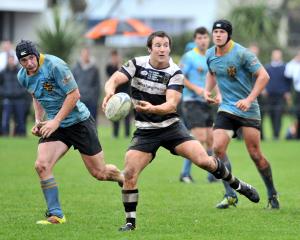 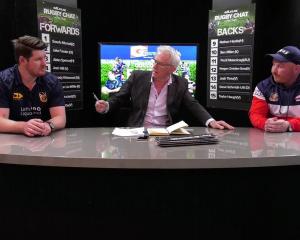