Five from five may not suffice 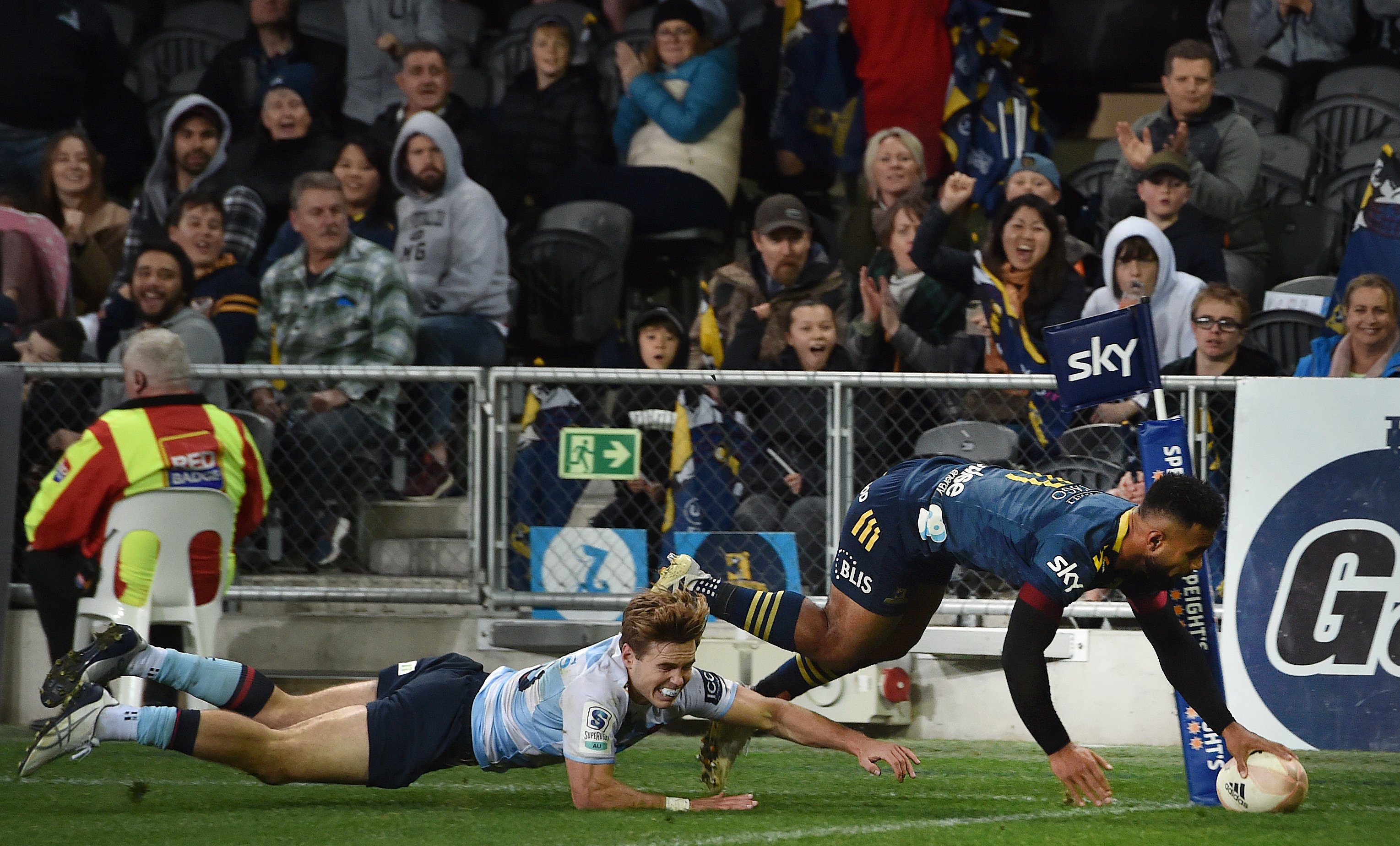 Highlanders winger Jona Nareki scores in the corner ahead of Waratahs first five-eighth Will Harrison at Forsyth Barr Stadium on Saturday night. PHOTO: PETER MCINTOSH
The Highlanders could potentially win all five round-robin games but still miss out on a place in Super Rugby Trans-Tasman final.

It would be a cruel blow. But it is not something Highlanders coach Clarke Dermody is fretting over.

The Highlanders dispatched the Waratahs 59-23 in Dunedin on Saturday night.

It was the team’s fourth consecutive win and it has helped keep its final prospects very much alive.

The Highlanders (18 points) are in second place but have a tough away game against the Brumbies in Canberra on Friday night.

The Blues lead the standings on 19 points and will host the Force, while the Crusaders (18 points) will play the Rebels.

If the Highlanders win as well, then one side will miss out despite not recording a single entry in the loss column.

Points differential is likely to decide the finalists. The Highlanders are 11 points better off than the Crusaders while the Blues are 27 points ahead of the Highlanders.

"If that was to happen we would have given ourselves a chance to execute every game and we’d have to learn from that because we’ve missed a couple of opportunities to get those bonus points which would put the destiny in our own hands," Dermody said.

"All we can do now is keep trying to give ourselves that chance. We need a bit of help from other teams but it is not something we’ve talked about as a team.

"We are just trying to win every game and put ourselves in positions where we can get those bonus points.

"It was pleasing to get it this week and not let it slip this time."

The Brumbies upset the Hurricanes 12-10 in Canberra on Saturday night. They will be a tricky opponent on their home turf.

The Highlanders are used to playing an up-tempo game in dry conditions under the roof at Forsyth Barr Stadium, but Dermody expects the game in Canberra will forward dominated. 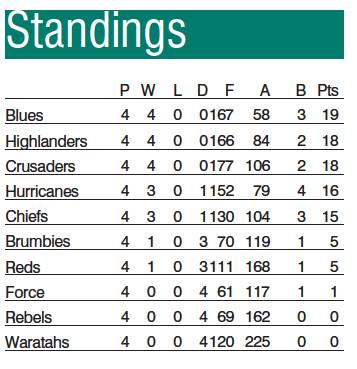 Unfortunately Canberra is a hard place to win let alone score three more tries than the Brumbies so with the Crusaders most likely to demolish the Rebels they will get the second spot ... bugger.