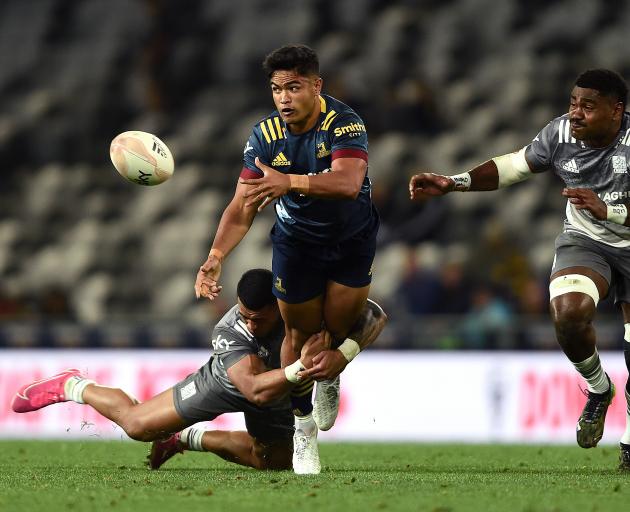 PHOTO: GETTY IMAGES
Let's be realistic. The Highlanders could never replicate what they did last week against the Crusaders. No team could.

The side gave it everything but lacked the precision and execution, so much in abundance last week, to finish off the Chiefs, going down 26-23 as the game became the first match in Super Rugby Aotearoa — although not for long — to go to golden-point time.

It was a game in which neither side could get on top and momentum shifted every minute.

The Highlanders trailed 10-5 at the break but scored through Aaron Smith almost straight away in the second half. That was the time to get on the front foot and start dominating but they just could not manage to get ascendancy.

The Chiefs pulled ahead 23-13 when big prop Angus Ta’avao scored but the Highlanders drew level when Josh Ioane, who was excellent off the bench, scored a converted try and then added a penalty.

Damian McKenzie could have nailed the win with a 50m penalty in the last minute but it went wide. 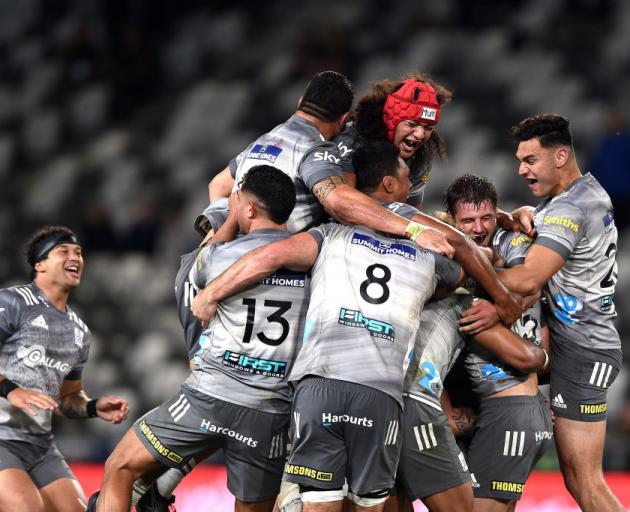 The Chiefs players leap on Damian McKenzie after he kicked the winning penalty in golden-point time in his side’s Super Rugby Aotearoa win over the Highlanders on Saturday night. Photo: Getty Images
In added time, the Highlanders had first crack with an Ioane dropped goal from 30m out but it went wide.

The Highlanders were then penalised for failing to release the ball and McKenzie nailed the penalty about 45m out to win the game in the fifth minute of extra time.

A draw would have probably been a fairer result and, the last time one looked, this is not American sport.

Returning Highlanders flanker James Lentjes, who scored a well created try off a lineout, said it was a game in which the two sides had their opportunities.

‘‘It was there for both teams to win. We just didn’t quite execute. There was a lot of penalties, many silly ones,’’ he said.

‘‘The mistakes we made were just the ones we were not making last week. The advancing in front of the kicker — we know the refs are going to ping us. It is those little things that make the difference.’’

Lentjes said players just had to adjust to the new interpretations.

It had been a long time since Lentjes had started under the roof, having come back from a sickening broken leg in February last year.

‘‘It was my first game at Forsyth Barr Stadium since I broke my leg so it was good to get out there.

‘‘Ash Dixon reckoned I was on a treadmill [in scoring] but if I had given it to him it would be even slower.’’

He said the lungs were fine as the game was stop-start. His ankle still got a bit stiff at times but he had got through the game well.

Best for the Highlanders was newly re-signed flanker Shannon Frizell, who again worked hard and set up the try for halfback Aaron Smith. Lock Bryn Evans again worked well and Ioane impressed when he came on in the second half.