Ngatungane Punivai pulls off a spectacular offload as the Highlanders thrashed the Hurricanes at an empty Forsyth Barr Stadiumin Dunedin. Photo: Getty Images
The Highlanders celebrated their co-captains' milestones with victory over the Hurricanes to bring the premature curtain down on Super Rugby Aotearoa in bizarre circumstances.

Aaron Smith's 150th match for the Highlanders, and Ash Dixon's 100th Super Rugby game, deserved to be recognised by a full house in Dunedin.

While the latest Covid-19 outbreak ruined that prospect, the Highlanders turned on a second-half clinic to finish their spirited season on a memorable note.

The Crusaders claiming the title last weekend, coupled with cancelling the scheduled finale at Eden Park on Sunday, effectively made this an exhibition game.

With fans, other than family members of the Highlanders, locked out due to the Covid-19 restrictions, the reality is this match was largely staged to retain broadcast revenue. It certainly made for an eerie feel for the players involved.

Both teams approached it in that exhibition style to turn on another breathless, and somewhat scrappy, spectacle.

As you would expect from a Barbarians-type fixture, scripts largely went out the window in favour of embracing the rare freedom that comes with such a match. 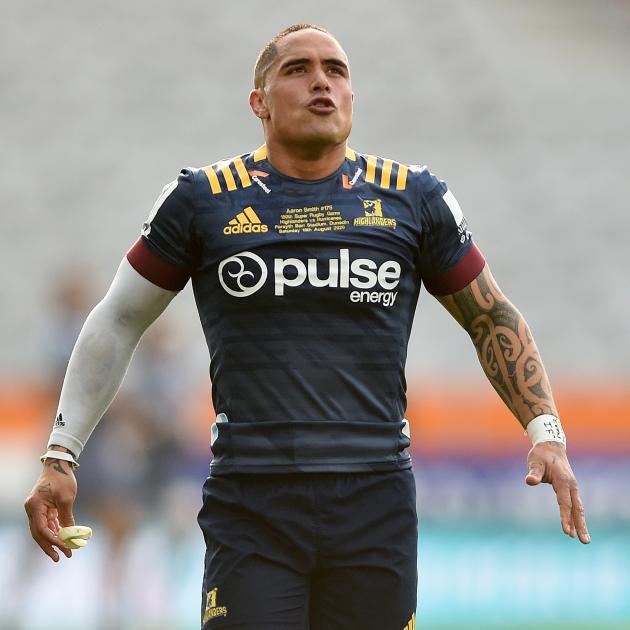 Clinical finishing was absent as the Hurricanes had three tries ruled out. Vince Aso stepped out; Scott Scrafton's inside pass to Reed Prinsep was ruled forward and Chase Tiatia scored after obstruction.

The Hurricanes had the better of the first half, claiming two tries through rapid halfback Jamie Booth and Aso but after being denied two tries the visitors should've enjoyed a comfortable halftime buffer rather than being locked up 14-14.

The Highlanders initially kept in touch through tries to Dixon and replacement Ngatungane Punivai but they were at their best when playmakers Josh Ioane and Mitchell Hunt held the ball in two hands and challenged the line or Jona Nareki came off his wing to expose tiring defenders.

Given the landscape which forced the Hurricanes to fly in and out on the same day it's difficult to read too much into the result but after notching a five-match winning streak, a run which included defeating the Crusaders in Christchurch, they will be disappointed to end their season in this fashion.

In many ways, however, this final match sums up the intensely competitive derby league in which any side can knock the other over on their day.

Last week the Highlanders pushed the Crusaders through to the final quarter and finishing their season with a third victory from eight games will offer confidence that changes they made during lockdown have them on the right path for next year.

A bonus-point victory is not enough to lift the Highlanders above the third-placed Hurricanes which leaves the Blues to finish second, six points behind the Crusaders after their final match was declared a draw.