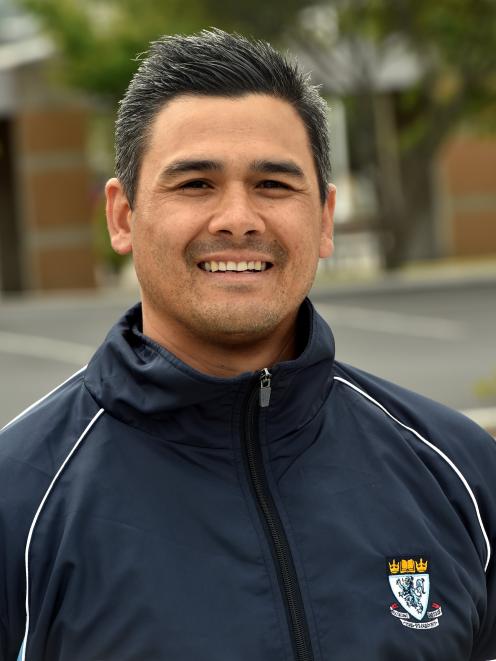 Kane Jury. Photo: ODT files
The Highlanders have appointed a talent identification manager as they look to sharpen player development.

Former Otago Spirit coach and Fiji sevens assistant coach Kane Jury has been named as talent identification manager in a role the Highlanders will trial for a year.

Highlanders chief executive Roger Clark said the new job would help identify promising young players for the franchise from right around the country, particularly in the southern area.

He said the role was about getting players ready to play Super Rugby through the various facets of the game.

Jury would also be working with young players already in the Highlanders squad.

The fact was the game was changing and players were getting younger. The middle tier was being lost as players went overseas or gave up the sport and the game had to look to younger players to fill the gaps.

"We have been doing something like this for a while now but it has all been rather ad hoc. We've had guys like Josh Dickson, Ricky Jackson who have been involved with us but we want to put it on a more formal setting," he said.

The Highlanders would not set up an academy but would liaise with the Otago and Southland academies and also talk to North Otago coach Jason Forrest.

"We have to know whether these local players are good enough to be Highlanders.

"Part of the role of the talent identification job is to build up a dossier of players across the country who may be able to help the Highlanders. It is more nimble the way we are doing it than we used to. We know we have to got to get better at it."

The Crusaders had set up academies in Christchurch and Nelson and spread their players across the two cities. However, the Highlanders have decided against following that process and instead Jury will work with the provincial union academies.

Players were being looked at by unions and franchises while still at school and, with talent drying up, it was vital the Highlanders kept a good eye on talent, especially at a local level.

Jury has coached in Hong Kong and was the director of rugby and head of sport performance at King's High School before moving to Fiji at start of the year. He was also involved in the women's sevens programme for New Zealand and has coached the New Zealand development sevens team.

The Highlanders have also appointed a new personal development manager.

Former All Black Mark Ranby had been in the role for a couple of years but he has moved to the New Zealand Rugby Players Association although he is still based in Dunedin.

Ranby is looking after players returning from overseas.

He has been replaced in his Highlanders role by Sonya O'Neill.

The Highlanders squad for next season will come together late next week for a couple of days of administration and fitness testing before training starts properly in the first week of next month.