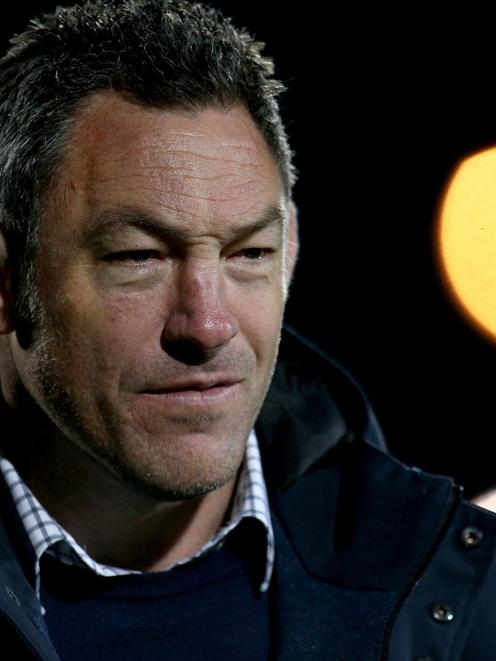 Mark Hammett
Highlanders assistant coach Mark Hammett will not be disappointed if his side falls short of making close to 200 tackles this week.

He is not advocating for the team to ease up on defence — far from it. It is just time to force the opposition to make a few more tackles, that is all.

To do that, the Highlanders have to win more ball and treasure possession.

"That has been one of the things we’re working on," Hammett said when asked how the side could be more potent on attack.

"We probably haven’t had as much possession as we want. But we feel like, when we have got it, we’ve done pretty well.

"It is just maintaining possession for a little bit longer."

Hammett praised his side’s courage and commitment on defence, which is evident in the huge tackle count.

The Highlanders made 188 tackles during the 17-11 loss to the Hurricanes in Wellington on Sunday.

Compare that to the 89 the home team made and it is not surprising the Highlanders lacked energy on attack.

Help is on the way, though. Star first five-eighth Josh Ioane made it through a full practice yesterday and his potential presence in the Highlanders’ game-day squad for the match against the Chiefs in Hamilton on Sunday will bring a burst of creativity.

Hard-working loose forward Dillon Hunt suffered a head knock in the match against the Hurricanes but trained yesterday and is expected to be available for the Chiefs’ game.

However, winger Ngane Punivai is still working through concussion protocols and halfback Kayne Hammington fractured a bone in his hand late in the game and is out for the remainder of the season.

Another area the Highlanders will need to polish before Sunday’s rematch against the Chiefs is the lineout.

They were without leading lineout jumper Josh Dickson in the last game.

He fractured a bone in his leg during the loss to the Crusaders and his absence was notable.

The Highlanders’ lineout misfired late and stymied the side’s progress just as it was clawing its way back into the encounter.

However, Hammett said he was not too concerned about what he described as a rare off night.

"We feel a big part of the lineout is good.

"It was pretty uncharacteristic, to be fair, for this group. We’re confident we’ll get that right.

"When you look at our statistics we are the second-most accurate. I think the top team is 87 or 86, so we are right there.

"We just missed a couple, not by much, but it was certainly enough to change [the momentum]."