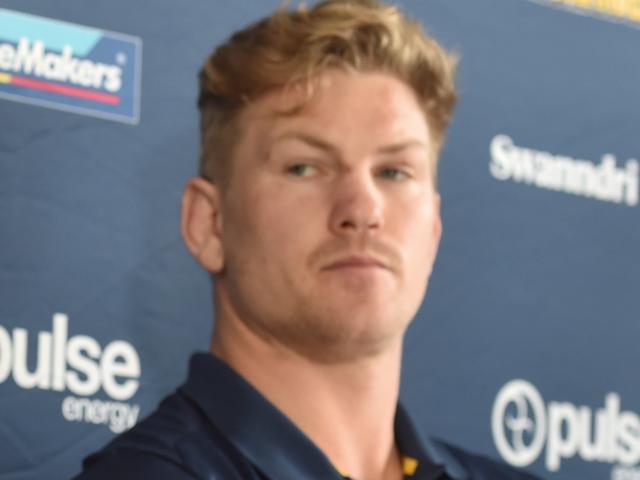 James Lentjes
The Highlanders will have a new skipper this season and it appears flanker James Lentjes has emerged as a serious captaincy contender.

The Highlanders start the new season rolling today and it is a walk down a new path, one the side has not journeyed for some time.

A host of new players, a new coaching team and a new captain will emerge as change sweeps through the franchise.

The Highlanders will do some fitness testing and administration work over the next couple of days. Getting out on the field properly and into some good old grunt work will be the main item on the agenda for the period before Christmas.

Pre-season usually starts at this time of year but there is plenty that has changed.

It will be the first time in a decade Ben Smith has not been in the side while other recent mainstays of the team such as lock Tom Franklin, loose forwards Luke Whitelock and Liam Squire and winger Waisake Naholo have all moved on.

The side has 14 new players to welcome into the group so combinations will have to be built over the next few weeks.

The team was co-captained last season by Smith and Whitelock, who will continue a connection at French club Pau where both are due to make their debuts in the coming weeks.

With other experienced players moving on, the list of candidates to take over as skipper is not a lengthy one.

Halfback Aaron Smith is now the most experienced player in the Highlanders and could captain the side but has plenty on his plate and it may be wiser to get him to concentrate on his play on the field.

Hooker Liam Coltman was the best player for the Highlanders last season and has now played more than 100 games for the side. He has been captain of Otago in the past and is a captain who would lead by example.

Experienced hooker Ash Dixon has returned to the franchise after most thought he was moving on and has previously shared the captaincy duties with Smith.

But with Dixon unlikely to be starting the matches ahead of Coltman, making him skipper may not be a preferred option.

Lentjes could be a chance to be skipper as he has been in the Highlanders since 2015, is part of the leadership group and is signed for the franchise for the next couple of years. He is in a ding-dong battle to wear the openside flanker’s jersey with Dillon Hunt.

Other options could be midfield back Tei Walden, who is a valued member of the side, or fullback Michael Collins who has done a good job as skipper for Otago in the past couple of years.

The pre-season programme for the Highlanders will have a different look about it as new trainer Simon Jones takes charge. Jones has just finished up with Japan at the World Cup and takes over from Andrew Beardmore, who leaves the franchise after being involved since 2011.

The side does not have much time to muck around. It plays its first pre-season game in 50 days against the Waratahs in Sydney. Its first game in Super Rugby will be on February 7 at Forsyth Barr Stadium against the Sharks.