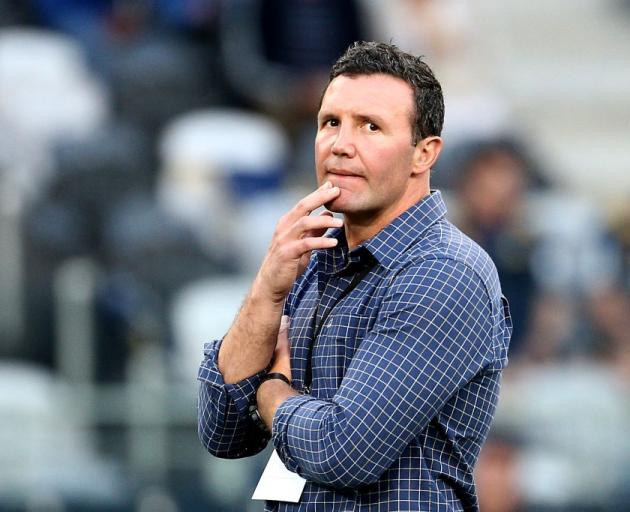 Aaron Mauger. Photo: Getty Images
The Highlanders are likely to look for an experienced head coach for next season, although money may limit their options.

The franchise announced yesterday it was parting ways with head coach Aaron Mauger, saying Mauger’s time with the Highlanders had "come to an end" after three seasons.

Mauger’s contract expired at the end of this season.

During his tenure, the Highlanders failed to record a 50% win record. Over three seasons they played 47 games for 21 wins, 24 losses and two draws.

Ultimately, results doomed Mauger, and, coupled with his inexperience as a head coach, the franchise decided to move in another direction.

Mauger (40) could not be reached for comment yesterday but said in a statement he had to be realistic about his time at the helm.

"Results are key to proving the quality of the structures you have put in place as a head coach. As our on-field results during my tenure haven’t been at the level we’ve all aspired to, it’s the head coach who must take responsibility for that," Mauger said.

"I’ve worked with some top-quality people who are outstanding at what they do and I wish them all the best going forward. Some real progress has been made in critical areas to aid future success and I’m confident the club will benefit from this down the track."

The Highlanders have also lost assistant coach Mark Hammett, who has moved back to Christchurch, leaving the side with three coaches still on its books: Tony Brown, Clarke Dermody and Riki Flutey.

Mauger was restricted in what he could do as head coach.

Brown came back in a coaching role this season, installed as attack coach and also in charge of the game plan, limiting Mauger’s input as head coach. Mauger was in charge of defence.

The Highlanders would not rush to get a new head coach, Highlanders chief executive Roger Clark said.

Brown is the obvious candidate, but he was reluctant to do the job in 2017, also coaches Japan and prefers working behind the scenes.

The Highlanders will want to get an experienced coach to take overall control. Names like Vern Cotter, Jamie Joseph — if he is available — and Chris Boyd come to mind. But those sorts of coaches do not grow on trees and will not come cheap.

With the borders closed for the foreseeable future, the competition is set to again be played only in New Zealand for at least the next year. Although Super Rugby Aotearoa is popular with fans it is not financially viable in the medium and long term.

Clubs may be forced to cut costs, so a big-money move to secure a head coach may be too much of an ask.