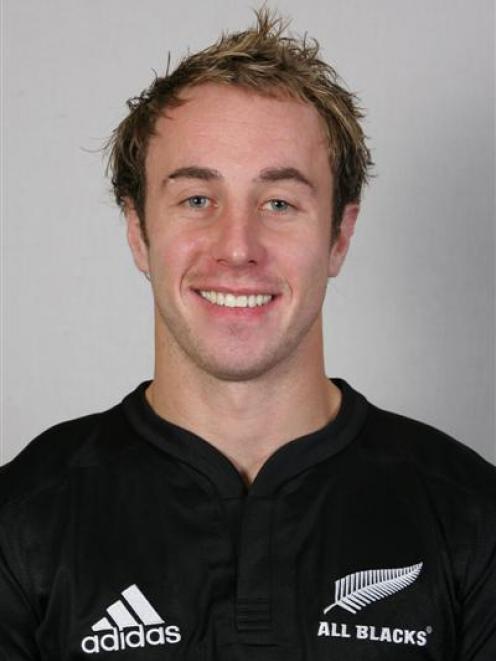 Jimmy Cowan. Photo supplied.
Jimmy Cowan enjoyed a rest but is ready for the hard work to begin.

Cowan had some useful minutes off the bench for the Highlanders in their 38-36 loss to the Chiefs in Queenstown on Saturday, and now simply wants the season to get under way.

"It is great to be back playing. A lot of hard work has gone into me in the past five to six weeks," Cowan said.

"It is great to be back again with these guys. I thoroughly enjoy this coaching structure and I just can't wait for the comp to start."

The All Black halfback was part of a strong second half-effort from the Highlanders, who trailed 24-5 after the first quarter and 31-17 at halftime.

The home team gained more ball as the game went on and when hooker Andrew Hore scored early in the final quarter, it looked as though the Highlanders were timing their run to perfection. It was not to be but the result is not life or death in these games.

Cowan is feeling good for the season, after a long time off after the World Cup.

"I had a great break. Had three months away from the game. Went to Fiji for a break. Went to a few weddings.

"It is great having a bit of normality. Mowing the lawns, enjoying a bit of sun, a bit of family time. It was great to be home in my own environment.

"I'm mentally refreshed and was ready to come back on January 9. Was a bit sore that first week.

"They put a lot of work into what we had to do last year and the core group is still there ... there is more expectation. Look at the guys we've got in and there is no reason that come the business end of the season we are not there or thereabouts."

The Highlanders scored first on Saturday, with young winger Telusa Veainu going over in the corner in the second minute.

But the Chiefs made the most of any opportunity. Highlanders discard Robbie Robinson showed a clean pair of heels to score under the bar after seven minutes and put the Chiefs in a lead they would never surrender.

All Black first five-eighth Aaron Cruden looked impressive, though it was a loose game, which suited his style. He went over for one of the Chiefs' tries, carving through a tired defence close to the line.

Glen Jackson refereed the first half and Bryce Lawrence came on for the second, immediately giving the Chiefs a penalty try, after he ruled the Highlanders illegally collapsed a maul close to their line.

That was the last Chiefs score, as the Highlanders came back, with Hore leading a good forward effort and flankers Doug Tietjens and Adam Thomson getting around the paddock.

The Chiefs made some inroads around the rucks at times and their scrum was also more effective than the Highlanders'. But the Highlanders showed some nice driving play and their lineout improved, mainly through Thomson, in the second half.

Halfback Aaron Smith: Quick to move the ball from the ruck and linked well with first five-eighth Lima Sopoaga. Scored a nice try, darting down the blindside and diving over in the corner.

No 8 Nasi Manu: Carried the ball up with plenty of force and never took a backward step. Made some vital tackles.

Hooker Andrew Hore: Came into the game in the later stages, showing some real strength in the mauls and was ranging wide at times.

Lock Nick Crosswell: The skipper for the day made some nice runs in the middle of the park, was urgent around the rucks and helped his side come back into the game.