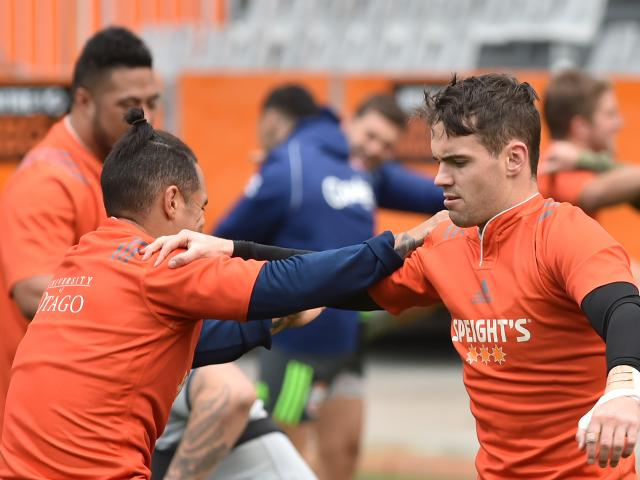 When Grant Fox used to wear the No 10 jersey, he was always the favourite of the laundry lady.

Five Highlanders have been named in the All Blacks Rugby Championship squad, while several high-profile players have been left out.

Highlander's loose forward Gareth Evans has signed with the Hurricanes for the next two years.

If the weather stays as awful as it has been, stick the mortgage on the Crusaders.

Highlanders centre Malakai Fekitoa will play for French club Toulon while winger Waisake Naholo will stay with the Highlanders.

Fair to say the Crusaders or Lions won't be fizzing to face the Highlanders next week.

The Highlanders are used to receiving cheers, but for Christmas they are giving some cheer of their own.

Talk about punching above your weight. The team from the smallest catchment, with the smallest budget and the fewest All Blacks, is only one win away from Super rugby glory. The...

The Highlanders, with two new All Blacks squad members, are two games from glory and could host the final under their own roof.

Fairytales do come true - at least the sporting kind. The South will salute the Highlanders rugby team at a street parade in Dunedin today, with players and fans alike elated after the 21-14 win on Saturday night against the Hurricanes.

Fans greet the Highlanders at Dunedin International Airport this morning.

Though they finished a distant second in their Super 15 match last night, the Highlanders still look highly likely to make the playoffs.

Highlanders win 29-21 against the Blues at Forsyth Barr Stadium in Dunedin on Saturday.

The University of Otago's sponsorship of the Highlanders rugby team has, predictably, drawn differing reactions.

Wanted: one large sword and an oversized shield, thought to be hanging on the wall in rugby lover's home.

Chris King is about to bring up a century of games at Super rugby level and has no intention of stopping any time soon.

Highlanders skipper Andrew Hore speaks to ODT rugby columnist Paul Dwyer about becoming a father, the toughest player he's ever faced, and his team's chances ahead of their clash with the Chiefs at...

Members of the Highlanders rugby team cleaned graffiti from a motorway retaining wall in Caversham yesterday as part of a community project involving Delta and Keep Dunedin Beautiful.

Brad Thorn may link with the Highlanders to play one last season of rugby, back in the province where it all started.