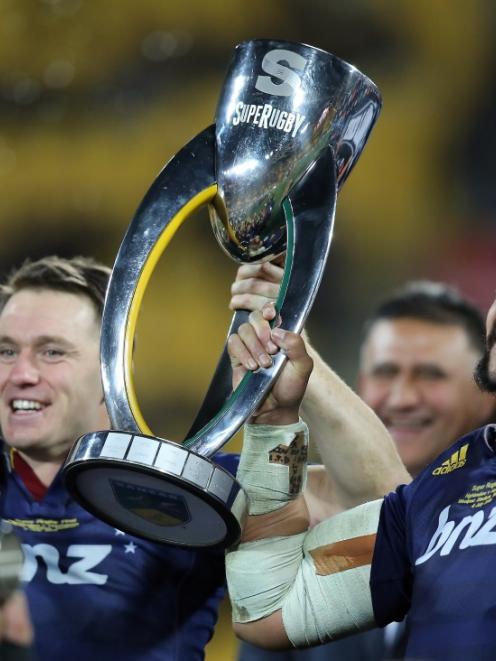 Ben Smith and Nasi Manu of the Highlanders celebrate winning the Super Rugby Title between the Hurricanes and the Highlanders at Westpac Stadium in Wellington. Photo by Getty
Fairytales do come true - at least the sporting kind. The South will salute the Highlanders rugby team at a street parade in Dunedin today, with players and fans alike elated after the 21-14 win on Saturday night against the Hurricanes.

It was a fitting culmination to an astonishing campaign. Jamie Joseph's men were 14th in the Super 15 two years ago. There have been rumblings from north of the Waitaki during years past that the franchise should be ditched for another Auckland team.

This year, the players themselves were mostly discards from bigger, and therefore seen as more powerful, regions. But they showed what can be done.

They were clever. They were determined. They were far more capable than most gave them credit for. Most of all, they played with guts and belief.

Rugby, more than many team sports, relies on physical effort and on teamwork. Players have to drag themselves up to cover for their mates, even when all but out on their feet.

They have to charge forward with no fear. They must tackle with power, precision and courage. There can be no shirkers in scrums, rucks and mauls. Players need to be desperate.

From the depths of playing every weekend since their bye in April, from the battles with pre season favourites the Chiefs and reigning champions the Waratahs, the young men who represented our region with such pride ran out for 2015 one last time in Wellington. And to them came the glory.

It is all the sweeter because they were underdogs for much of the season, continued to be regarded by many as outsiders throughout the finals series, and because the Highlanders had not won before. Only once, in that oh so close 1999 Carisbrook clash with the Crusaders, had they even been in the final.

Surely, this is the first time a team with so few national representatives has claimed the trophy. And few have had to take such a hard road. Somehow, the battle hardened warriors drew strength for a final charge.

It did not matter most players are not originally from North Otago, Otago or Southland. They came together under the southern banner and they came together as a team - now the champion team.

It is hard to believe co captain Nasi Manu, now off to Edinburgh, is only 26 because he has been part of efforts here for six years. To him have come just rewards.

For his part, co captain Ben Smith, just about every rugby child's favourite player in Otago, deserves every bit of praise. He has been with Otago and the Highlanders through times of trouble and now holds the trophy with southern pride.

The Highlanders' achievement, when many expected they would never win the championship, provides a lesson for life in general.

Wheels do turn, comebacks are possible, and what is projected to happen based on what is occurring now can so easily be simply wrong.

Sport itself is glorious when games match or exceed pre event hype.

There is talk this was the best Super rugby final yet, with pace, drama, intensity and excitement. There was even controversy with Elliot Dixon's try just before half time.

There is talk also that this was just what rugby and the Super 15 competition needed - spectacular rugby, new winners and a fairytale result. Certainly, the Highlanders' opponents next season will be wary, and pundits will not write them off quite so quickly.

The people of Dunedin joined the enthusiasm of the glorious sporting drama, gathering for the match at the Dunedin Town Hall (thanks to the city council), and homes and clubs throughout the region, and congregating to greet the team at the airport yesterday. Today comes the parade and the official welcome.

The Highlanders have given us all something to cheer about in the middle of our winter. Many of us have been able to put aside worries and concerns, and follow and support their story - and what a happy ending they produced. 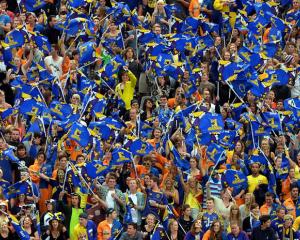