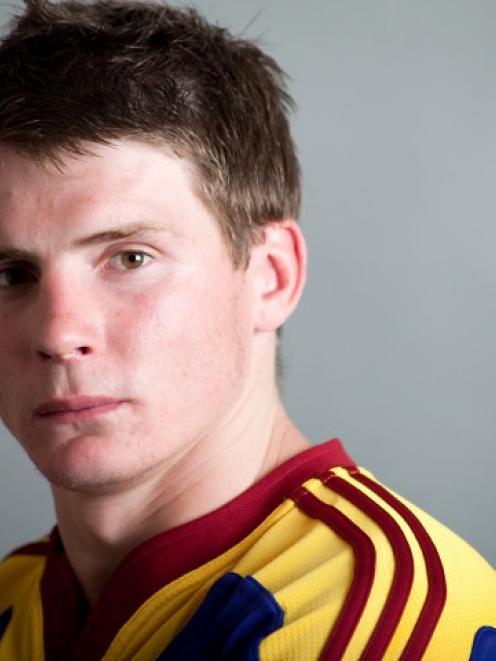 Colin Slade.
Injured Highlanders first five-eighth Chris Noakes is still a chance to play in the derby match against the Crusaders but Colin Slade is a definite non-starter.

Noakes looked to have suffered some serious damage to his ankle in the later stages of the match against the Chiefs on Saturday night and had to be helped off the field.

He was limping around after the game but an X-ray showed no bones had been broken.

Highlanders coach Jamie Joseph said Noakes was still hobbling around at training yesterday and was probably 50-50 to play on Saturday.

The injury would be assessed during the week and a decision made nearer kick-off.

But Joseph said there was no chance of Colin Slade stepping into the shoes of Noakes. Slade had been running at training last week but Joseph said he was not ready and had only just started running.

Slade has had a poor run with injury over the past year and it would be unwise to risk him until he was fully fit. Lima Sopoaga is the other option in the No 10 jersey for the side.

All the other players who missed the win over the Chiefs are unlikely to front on Saturday night.

Hoeata is back running and could return to the field in a month.

Joseph was pleased with the performance of Noakes on Saturday night in the 23-19 victory over the Chiefs, saying he directed the side round the paddock well and kicked his goals.

After reviewing the match against the Chiefs, Joseph said he had been pleased with the Highlanders' ability to relieve pressure and then put the Chiefs under pressure in the last 20 minutes.

He also praised the impact of the players off the bench who had made a big contribution in the final 20 minutes.

Joseph said the match against the Crusaders on Saturday was a big game for his side, but was always going to be so with it being the first match for the team in the new stadium.