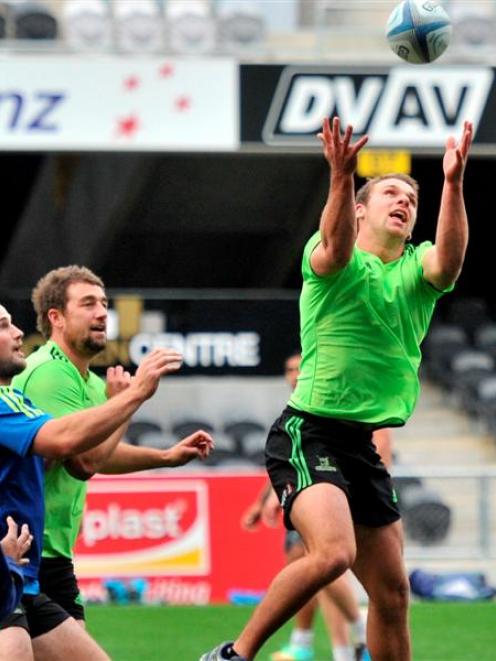 Buckman has joined the full squad, taking the place of Buxton Popoali'i, who was forced into retirement because of heart issues.

Highlanders general manager Roger Clark said Spence had always impressed Highlanders assistant coach Tony Brown, and had been in contention to make the step up to the next tier.

With the Highlanders having lost Popoali'i, and Kurt Baker given a six-week suspension for a dangerous clean-out in the match against the Rebels last week, the depth in the outside backs is looking thin.

Second five-eighth Phil Burleigh is awaiting results of a scan of an injured shoulder and may be out for an extended period.

Spence, who can play anywhere from second five-eighth to wing, has impressed for Otago over the past two years, playing 29 games for the blue and gold since making his debut for the province in 2011.

He was unlucky to not make the Highlanders squad last year but had a difficult time with a nasty concussion picked up in a club game and did not play any rugby for about four months.

Clark said with the trip to South Africa coming up it was vital to have depth in all positions.

The Highlanders had considered bringing in another prop to the wider training squad but the cupboard was relatively bare.

Both Southland props - Jamie Mackintosh and Nic Barrett - were with the Chiefs, and Scott Manson was recovering from an injury.

Aki Seiuli had trained with the Highlanders for a couple of days last week to cover Craig Millar who was dealing with concussion issues.

Millar recovered in time to play against the Rebels as a second-half replacement last Friday. Seiuli was viewed as a bit green to join the Highlanders.

The Highlanders will head to South Africa over Easter and play against the table-topping Sharks and the cellar-dwelling Stormers.

The judiciary slapped the six-week ban on Baker yesterday after he pleaded guilty to a charge of tipping a player dangerously and driving him into the ground.

The entry level for Baker's suspension was eight weeks and another two weeks was added as a deterrent.

However, because of his excellent discipline record Baker's suspension was dropped back to six weeks.

• Chiefs first five-eighth Aaron Cruden faces a lengthy spell on the sidelines after breaking his left thumb in his side's 43-43 draw with the Cheetahs on Sunday, The New Zealand Herald reports.

The side's co-captain is expected to be out for six to eight weeks, a major blow for the defending champions and New Zealand conference leaders.

After Sunday's dramatic draw, Cruden went to hospital for an X-ray which identified a fracture in the thumb. Cruden has scored 47 points for the Chiefs this season.

The injury means he may not return before the international break and puts him in doubt for the All Blacks' first test against England on June 7.