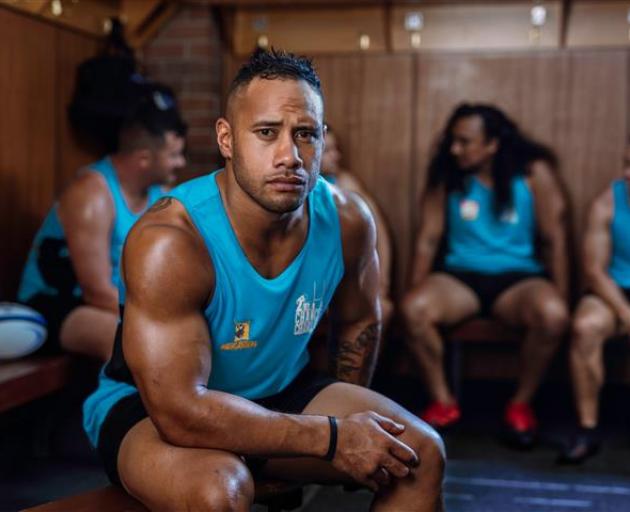 But he was not sure if he wanted it.

The I Am Hope youth development manager was nominated for the new show 2nd Chance Charlie by his mentor Mike King.

The show pairs talented rugby players who missed out on a shot at top-tier rugby with Super Rugby teams for eight weeks.

Tupou, of Auckland, was teamed with the Highlanders.

He was not aware of the show until King told him about.

“What I didn’t know was that at the same time he put a video together and submitted it on my behalf,” Tupou said.

He eventually changed his mind and decided to “give it everything I’ve got”.

Tupou was a budding rugby and rugby league star until an ankle injury 10 years ago ruined his chances.

While it was physically hard to recover, it also took a toll on his mental health.

“You work so hard to achieve something and then you achieve it and it’s taken away from you.”

He went to some dark places during his recovery that many young men are not equipped to deal with, he said.

Dealing with the low moments, learning how to communicate his needs and asking for help aided his recovery.

“Anywhere in life when you fall over there’s multiple people that can help you.

“Even as a man it’s hard for you to take that hand up.”

In his role at I Am Hope, he shares his story with young people around New Zealand in the hopes that he help normalise mental health struggles.

Since sharing his story, he has connected with other people who have had similar experiences.

“You think of New Zealand as a conveyor belt of footy players and then there’s also so many that miss out.

“Ever since I’ve been telling my story for the past few years there’s so many other guys that I’ve connected with that have been in the same boat.”

Tupou has enjoyed his time with the Highlanders so far and has spent time with the whole organisation, including the squad, coach Aaron Mauger, management staff and chief executive officer Roger Clark.

Everyone went above and beyond to make him feel welcome, he said.

Tupou said at this point in this life he felt “bullet-proof” – not in an over-confident way but he knew that nothing coming was going to be the worst thing he had been through.

“I’ve been through so much more that now I can sit back and enjoy the journey and be present as much as I can.

“It’s [the show] an opportunity for me to show young people that you could be on your second, third, fourth chance in life but you can still move forward and you can still make it, however it looks.”

The show winner gets a 12-week development and training programme with their chosen Super Rugby Team, including mentoring and coaching from Super Rugby staff and a $10,000 cash prize.