For many Highlanders this season was their last in the blue and gold jersey. Photo: Getty Images

We rate how each Highlander played this year following their season-ending quarter-final loss to the Crusaders last week.

Ben Smith.
Ben Smith: As good as ever but picked up untimely injury just as the side came down the home stretch and was undoubtedly missed. 8/10

Waisake Naholo: A season of two halves for the Fijian. Started slow, got slower and was a train wreck against the Blues. Got injured but upon return looked the player of old. 6/10 (4 for start and 8 for finish)

Tevita Li: How many times did the ball get to Li at the end of the chain and he was standing still? Never well positioned. Hasn’t really improved since he was 18. Going overseas at just 24. 6/10

Rob Thompson: Hit by an ankle injury early and took a while to get back into it. Solid and coming into his own as season ended. 7/10 Matt Faddes: Started well but crowded out and picked up a few injury niggles. Will be missed as has X-factor when he is on. 7/10

Tei Walden: A victim of chopping and changing in the midfield but is depend­able and makes his tackles. 7/10

Sio Tomkinson: Another one who was in and out. Good defender but maybe lacks a spark on attack. Had one to forget against the Bulls. 6/10 Matt Faddes
Josh Ioane: A good season from a young man who has come a long way in two years. Played beyond his years and his goal kicking was first rate. Needs to be better at line kicking. 7.5/10

Marty Banks: Good bloke and all that but showed signs of playing three seasons in a row. 6/10

Aaron Smith: Played to his usual high standard and ran well in the later part of the season. His excellent play gets taken for granted too much. 8/10

Kayne Hammington: Did all that was asked of him when he came on. Always hard to back up a world-class player. 7/10 Tei Walden.
Luke Whitelock: Dependable as ever. Solid defender but may lack the dynamism to push into the black jersey this season. 7.5/10

Elliot Dixon: Could have cruised but actually played really well and showed why he was an All Black. Big loss. 8/10

Dillon Hunt: Had an average game against the Blues at Eden Park and never got a chance after that. Good tackler and big motor. 6/10 Marty Banks.
James Lentjes: Got better as the season went on but openside flanker is a markedly different position than what it was. 7/10

Liam Squire: Wretched run with injury and other issues but came good in the final stages. 6/10

Shannon Frizell: Scored plenty of tries early on but lost some dash and never got it back. 6/10

Tom Franklin: A quality player, who played well at back end of season. 8/10

Jackson Hemopo: Came a long way from being a stand-out in club rugby a few years ago. One of the best. 8/10 Aaron Smith
Josh Dickson: Continues to grow and work hard but still a bit too lean. Will have to fill some big shoes next year. 7/10

Pari Pari Parkinson: Big bloke who did everything asked of him. Should be all the better for the experience. 7/10

Daniel Lienert-Brown: Got round the field and good defender. Plays above his weight. 7/10

Ayden Johnstone: Good season from the newcomer. Worked hard and did not look out of place. 7/10 Tyrel Lomax: Made big strides and will be missed a lot. 8/10

Siate Tokolahi: Passed by Lomax and took a while to come back from knee injury. Solid. 7/10

Liam Coltman: Outstanding throughout. A ball of muscle and tough as teak. Secured numerous turnovers. If he does not make the All Blacks plane to Japan, it will be a travesty. 9/10

— Only players who played significant minutes have been rated. 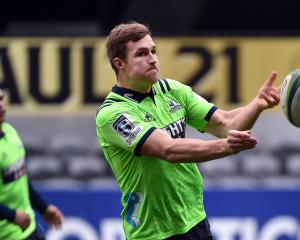